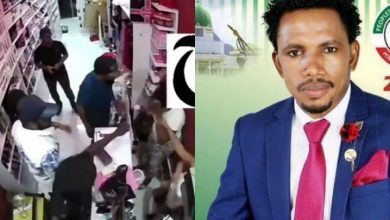 The Nigerian police have tendered additional CCTV footage of the alleged assault by Senator Elisha Abbo on a nursing woman in a sex toy shop before a Zuba magistrate’s court in Abuja.

At the resumed hearing of the case on Thursday the prosecution counsel, James Idachaba, who had opened his case at the last adjourned date told the court that they stumbled on additional proof of evidence of the closed-circuit television that captured the incident.

The second prosecution witness, investigation police officer, who was in court to testify in the case could do not do so as defence counsel Adegbite Adeniyi made an application for the adjournment of the case.

Adeniyi argued that he would need to apply for more time to enable him to watch the content of the video as he was just served in the court.

He said, “The law gives us the right to be given time to go through such proof of evidence before the case can continue.”

The defence counsel said his client was ready for defence but the additional evidence had hindered their preparation.

The prosecution counsel did not object to the application for adjournment by the defence. He said it was their right to ask for time to study the electronically generated evidence in line with the Administration of Criminal Justice Act (ACJA).

He admitted on July 3 that he was the one in the video and apologized to the woman assaulted.

He was charged on July 8 for criminal force and assault which is contrary to section 263 and 264 of penal code law.