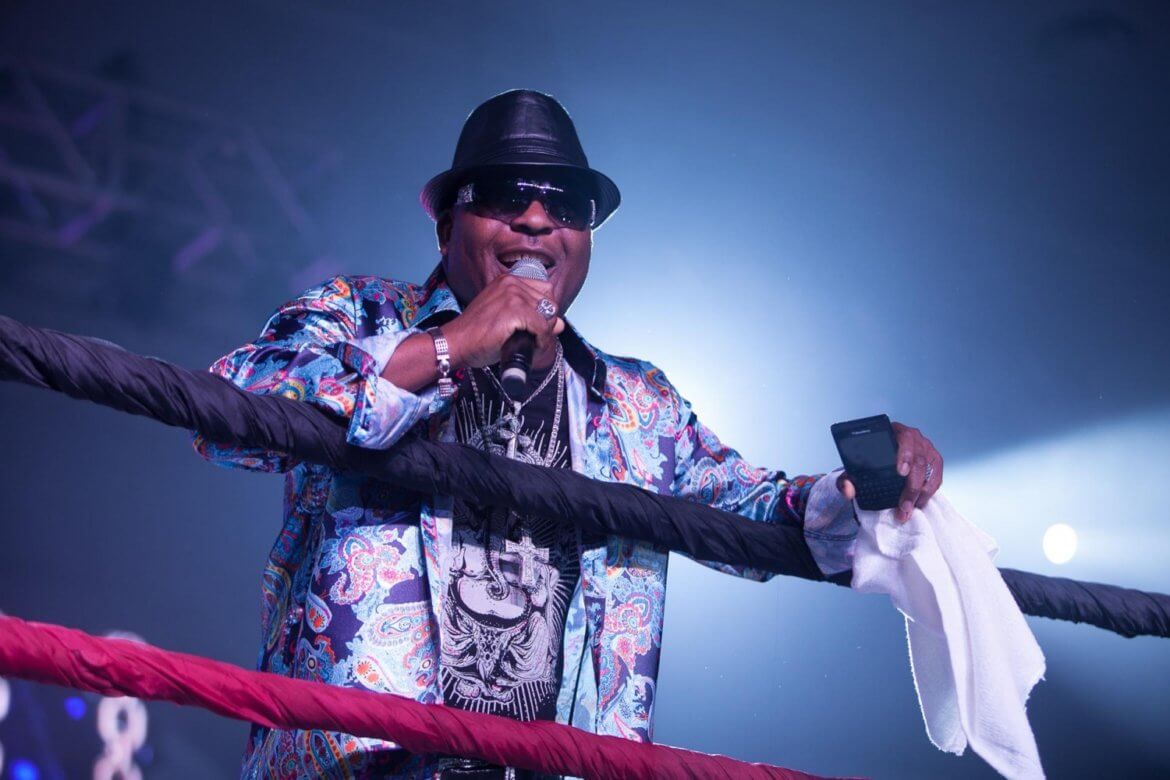 Even though it is the belief of many that he has lost relevance like many of his other contemporaries in the juju music scene but he keeps reigniting and waxing stronger year in year out and in recent time has become one of the favorite musicians at different top notch event in Nigeria.

Anyone who attends any of his shows and musical performances will attest to the fact that he is a master in the act of showmanship and like one with the Midas Touch he effortlessly lives his audience with memories of an unforgettable and captivating musical experience.

A few weeks ago when City People Entertainment played host to this stylish musician he mesmerized all with his humility and musical performance. Shina Peters took his fans back in time as he enlightened all by sharing some stories that had been written in the media about him and part of the various challenges faced by many popular Nigerian musicians on their journey to stardom. He linked these various challenges to economical, spiritual and socio cultural factors which usually are a great determinant factor in the artistes’ survival in a dominated musical atmosphere.

I remembered when he released in the 90’s a popular Block Buster titled “Ace” produced by Laolu Akins a popular music director and a member of the popular music pop group BLO, this hit set the entire Nigerian music scene on fire with different juju musicians of that era seeing him as a big threat. The song received maximum airplay on our local airwaves, hotels, parties, etc. It was no doubt a Banger that drew a lot of attention to juju music especially amongst the younger generations of that era. I was in secondary school than when I first heard the song and we enjoyed playing it in school especially during social night’s event.

Shina Peters, a native of Ogun State born in the late 50’s  has always been in the news before his creation of Afro juju music it is important to know that he had his tutelage under the guidance of Moses Orimolade the founder of Cherubim and Seraphin and also Ebenezer Obey and Prince Adekunle two popular juju musicians.  What really brought him to the public face was a major scandal of his love affair with the popular film actress Clarion Chukwura with whom they both had a love affair during a movie scene in the 80’s. That story has become past tense as the product of the two love bird is the popular and prolific Nigerian video director Clarence Peters who have combined both parents name possible for the sake of posterity. To many people, Shina Peters is seen as a ladies’ man but he is never ashamed to tell anybody who cares to listen that he is today one man one wife whom he is legally married to in the person of Sammie Peters his wife of many years.

The story of his birth and how his mother Asake Peters begat him and his brother for two different men without knowing is a story for another day.

Nigeria will continue to remember Shina Peters for his selfless contribution to Nigerian music especially for one of his songs (Give our women Chance to Rule, Go to England Na woman dey rule) where he cried out to the Nigerian government to give every Nigerian woman an opportunity to have a say in the political  affairs of our fatherland and not merely seen as home keeper that must remain in the Other Room.

To Shinamania  I say “Please don’t stop the music we want more”.