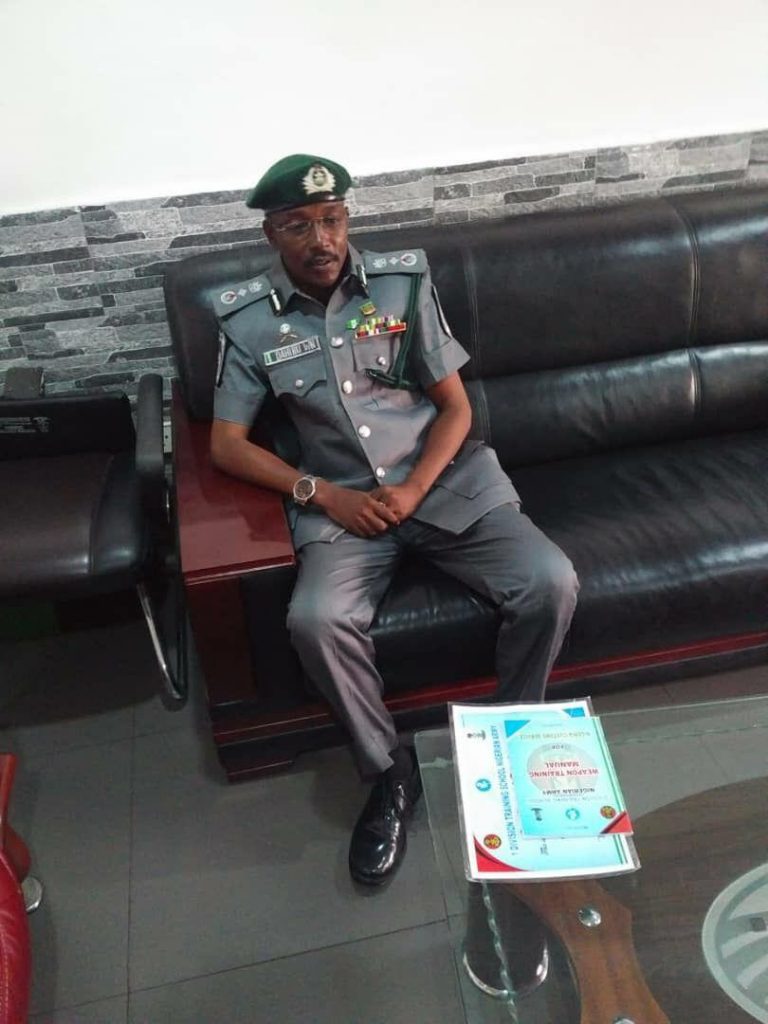 Sources at the Customs headquarters in Abuja told journalists that Dahiru walked in Monday morning wearing the new rank, and went into the office of Hameed Ali, the comptroller general.

“As he came in, officers were saluting him because he was wearing that rank,” one of the sources said.


The spokesman of customs, Joseph Attah said Dahiru was not in the right frame of mind when he took the action.

“What happened was that an assistant superintendent of Customs came to the office wearing the rank of a Deputy Comptroller General,” he said.

“From questions and answers that followed, it was obvious that he was not in the right frame of mind, so a doctor was immediately invited. He is presently undergoing a medical examination at the medical unit of the service.”

Newsmen understand that Dahiru needed to be promoted at least nine times to rise to the height of comptroller-general.

READ ALSO: ‘NIGERIA IS AN IDEA’ – US AMB., WILLIAM SYMINGTON