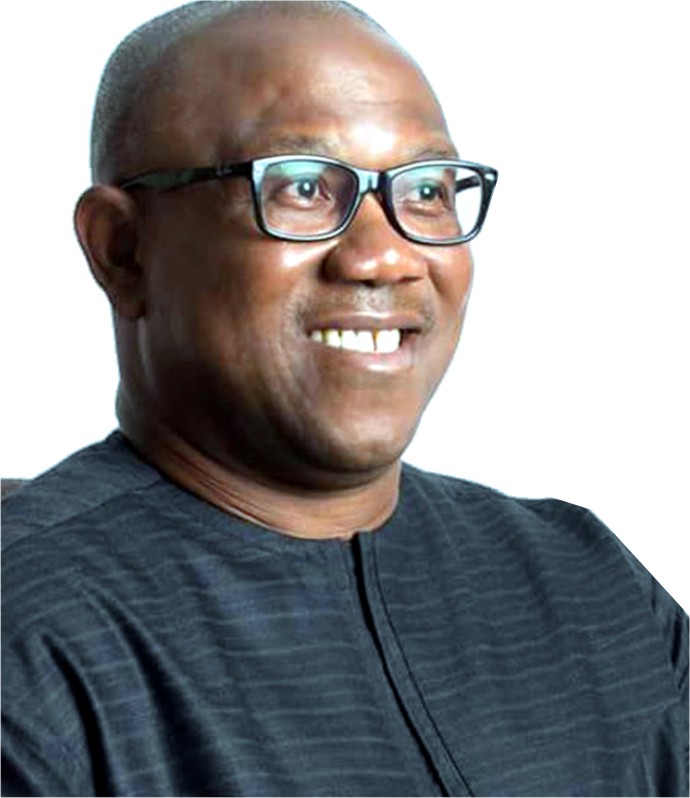 Dr. Yunusa Salisu Tanko is one of the leading politicians in Nigeria. He is also one of those who  believe in the Peter Obi Presidency. A few days ago, City People asked him to tell us about Labour Party presidential candidate.

How does he see the political situation today, we asked him. Where are we today? “Currently, in this country, there is a revolution by votes going on. Nigerian youths are tired of the old order, the decay in the system and misrule by past governments.”

“What makes me so happy is that the Nigerian youth are gradually taking interest in our political life. At a point in time, they were not interested in anything politics. They don’t even want to hear anything from politicians but now, they are interested because they can see a ray of hope in taking over the running of this country to make the country work for all of us”.

“That, of course, for me, is what the Obidient Movement has already brought in. It is changing things from the old order. That is exactly what we are seeing in our political life at the moment”.

What is the attraction that made him join the Obidient Movement”, we asked him. “A lot made me join, like sincerity of purpose, consistency, empathy, determination.

For these who have known me over the years, they know that my interest is Nigeria. It is not about North or South or West or East. It is about the country itself called Nigeria. We want someone who has a pan-Nigeria outlook, that can handle the country in a certain way that everyone of us will end up been happy about. We don’t want to sit back and not do anything. And one is happy that there are people who think that way, that Nigeria can be better.”

“I want to be part of a dream come through. Those are my reasons”.

What is he and others in the Obident Movement doing about getting Obi to be accepted all over the country? “He has gained acceptability. Even in the North, he has become accepted. A lot of people especially from my part of the country in the North, people who you would have thought would have nothing from there, for a Southern candidate like Obi & Co. But quite amazingly when I landed in Sokoto months back, the 1st billboard I saw was that of Obi. And the billboard was standing very close to another billboard that was torn apart. But that of Obi & Datti was still standing. That to me means that there is something who put that billboard there is Sokoto who is heavily respected and  then people also are accepting the candidate of Obi & Datti. That makes a lot of of meaning to me.”

“But not for the interest of the larger majority.”

“When we got to Gusan, it was the same experience.:

“I saw a physically challenged lady in the hall. She burst into tears, that she has never been so happy in her life, for the fact that there is somebody who feels, who can come from the South Eastern part of the country, and he can do something for our country”.

“What Nigerians want is somebody who can transform their lives. Nigerian people want to unite against bad leadership, someone who can move them from a state of hoplelessness to hope, given them the feeling that they can be a production nation and then remove consumption out of their system”.

What does he say to those who feel that Peter Obi does not have the required spread that will enable him win the Presidential election. “Those who say that will be shocked. They are used to conventional way of politics and what we are witnessing is an unconventional way of politics, because as we speak, people are the ones contributing their N1, N2 to build structures, buying  Tee Shirts, erecting billboards, face caps. This has not been done before. In other parties, all the other candidates are the ones sponsoring, their own people to do these for them. But in our own group, people sponsor themselves because they believe, things will happen if they sponsor themselves. What we are seeing happening before us right now is an unconventional way of politics.”

“As we speak, we are building structures, all forms of structures. Everybody is talking about what they want to do with the party, there are physical structures, human structures, intellectual structure, finance structure, everywhere is building. Look, it is God’s divine intervention. It is not done by one man. We adopted Labour Party on the 22nd of May, Peter Obi came in 27th of May, and soon before you know it, all of us began to join and align and the whole place caught fire with this particular candidate. Everywhere he goes, and everywhere he goes people welcome us with open hands.

And that is exactly how the process should be”.

As someone who sees Peter Obi regularly, what sort of a person is Peter Obi, looking at him from close range, apart from what we read about him in the papers, and social media. “He is a very calm person. Humility personified. He is always analysing the problems of Nigeria and he is always providing solutions. You can see that from the work he has done in Anambra when he became governor in 2006.”

“He did a lot to improve the lives of the people of Anambra. He partnered with the Police to restore security to Anambra, providing them with vehicles and all other things. He bought thousands of transformers, before you know it, he built roads.

He built 900 kilometres of roads in every part of Anambra. I saw them. They are real. I moved round the state. He built hospitals that serviced Anambra and collaborating states within the area. He built hotels and resort centres so that people can come in to do business. What about the schools? He built a new Anambra.”

“At the end of it all, he was able to leave N75 billion in the coffers for Anambra. For the civil servants, he built a new secretariat that has never been seen in Anambra. He is somebody that connects with his people, the sick, workers, rural people to be able to move their produce from the village to the towns.”

“Basically, he is a leader that has Vision. He doesn’t want people to suffer. He is a man of ideas. He is a strategic thinker”.

“It is a political party that has social democracy. It is a party that does not encourage waste, rather whatever you have, to put to productive use. That is what has made people like us who have always been in the trenches, always galvanising, for a better Nigeria, to rally round Peter Obi”.

How does he see Peter Obi’s runningmate, Datti? How does he compliment Obi? Alhamdullahi Datti is an entrepreneur of excellence character. He is well educated.

Who is Dr. Yunusa Salisu Tanko? We can tell you a lot about this committed democrat. Until his selection as Vice-Presidential Candidate to Bashorun Dele Momodu under the National Conscience Party (NCP)in 2011. Dr. Tanko was the National Secretary of the National Conscience Party (NCP).  Dr. Tanko whos mother Aisatu labaran Yunusa who hail from judawa village in Kabo local Governmen Area and father Mallam  Labaran  Yunusa from kura Local Government Areas  Kano State had his primary school education at the Army Children School, Ikeja, Lagos between 1974 and 1981 and proceeded to Ikeja Grammar School, Lagos where he completed his secondary school education in 1985. Dr. Tanko holds a HND in Marketing from Kaduna Polytechnic (now University of Technology, Kaduna) in 1992 and bagged a Post-Graduate Diploma in Co-operative Studies from the same institution in 1994. In 2006.

He obtained a second HND degree in Accounting from Nuhu Bamali Polytechnic, Zaria which followed with a Post-Graduate Diploma in Management from the Ahmadu Bello University (ABU), Zaria as well as an MBA from the same institution.

In 2010, Tanko, a practising muslim, was bestowed with an Honorary Doctorate Degree of Leadership and Management from the Universal Christian Academy (UNICA) – a representative of Cambridge Advanced Technology Training in Affiliation with the University of London, United Kingdom. A Chartered Accountant and member, the Association of National Accountants of Nigeria (ANAN), 2008 and the Institute of Cost and Management Accountant (ICMA) 2006.

For 10 years, Dr. Tanko was NCP’s Deputy National Chairman to Chief Gani Fawehinmi, SAN. In 2007, he was appointed Secretary to the Coalition for a New Nigeria (CNN) – the Charles Nwodo led conglomerate of Nigerian political parties that gave General Muhammadu Buhari his first ticket in 2007 before he secured a presidential ticket from the All Nigeria People’s Party (ANPP).

Since 2009, Dr. Tanko has been Secretary of the Inter Party Advisory Council (IPAC) of all political parties in Nigeria led by Prof. G Nnaji of BNPP. In 2003, he served as the Assistant Secretary of the Conference of Nigerian Political Parties (CNPP) whose Chairman was Alhaji Balarabe Musa.

In 2007, he was running mate to NCP’s presidential candidate Dr. Osagie Obayuwana. He was the Assistant Secretary to Dr. Usman Bugaje under the Tunji Braithwaithe led Nigerians United for Democracy from 2007. With a rich background in social activism, Dr. Yunusa Tanko was a Secretariat Member of the Pastor Tunde Bakare led Save Nigeria Group (SNG) and played a very prominent role as Field Marshal of the popular Save Nigeria Group (SNG) protest to the National Assembly in 2010 and  Presidential vila.

Dr. Yunusa Tanko is the recipient of the chieftaincy title – the Nwanne Ike Di Na Mba 1 of all Ndigbos in diaspora. He was elected on 8th July 2012 as the New National Chairman of NCP in Osun State and re elected in Akure Ondo State, he was also elected two term chairman of the Interparty Advisory Council (IPAC) on April 11th, 2013 to 2014. Currently a Student of M.Phil / Phd in management at the Ahmadu Bello University (ABU) Zaria.

Dr Tanko was a member of the National Peace Committee (NPC) which contributed heavily to 2015 credible , peaceful , free and fair Election , led by former Head of State General Abdul salami Abubakar rtd. A consultant with Westminster foundation for Democracy (WFD).

President Centre for Rehabilitation and Reintegration in Africa in defense of the Amajiris in Africa.

Dr Tanko has contributed immensely to promotion of Kano State as well as Nigeria in General. In defense of democracy and peaceful Nigeria. He recently led a group  of eminent Nigerians from Ondo State to visit the Emir of Kano Mai Martaba  Alhaji Aminu Ado Bayero in his palace on the 15th of March 2022.