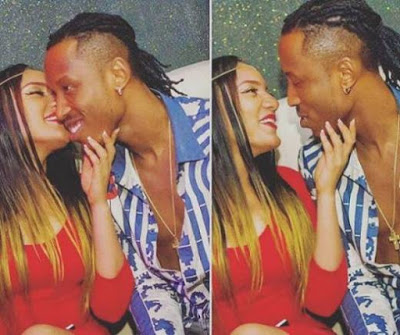 In a new interview with Punch, the singer, who confirmed his relationship with the ex-housemate, added that he thinks she overdid her performance at the house all just to win the prize money.
See the excerpts of his chat with Punch:
On his relationship with Gifty:
“I do not womanise because I am a one man, one woman type of guy. Gift is my girlfriend and everybody should know about that.
You see us together all the time and I never denied her for any reason. However I did not want to say so much because I did not want to say things that would make her go out of the house.
However, she is my very good friend and we have been friends for a very long time. I had known her since 2013 and I knew her through my manager, Energy. We spoke on the phone several times before we became close.
Then it was Blackberry that was in vogue, so we used to chat a lot and that was how I got to know her.”
On what he thinks of her performance at the house:
“Her performance at the Big Brother house was all a game and she had to do anything to get the money.
That was her strategy but she actually overplayed it. We are all humans and we make mistakes which we can correct.
I don’t know what I would have done if I was in her shoes, so I cannot judge her. I could have done worse things but the camera was not on me.
On what he feels about her now:
“It does not matter that she did not bring home the N25m. She is still a winner and N25m is nothing, I can tell you that it is nothing because I know I make more than that in less than three months from my music on Music Plus, so it is nothing.”
Singer Mr 2Kay Confirms His Relationship With #BBnaija Gifty was last modified: April 22nd, 2017 by Arinze Ago

Cases of hepatitis B and C hit 325 million – WHO

Gifty Denies Being In Relationship With Singer Mr 2kay, He Seems Unfazed By it | City People Magazine April 26, 2017 at 1:36 pm

[…] former Big Brother Naija housemate Gifty has denied dating singer Mr. 2kay. Mr 2kay had an interview over the weekend where he stated that himself and Gifty are in a […]