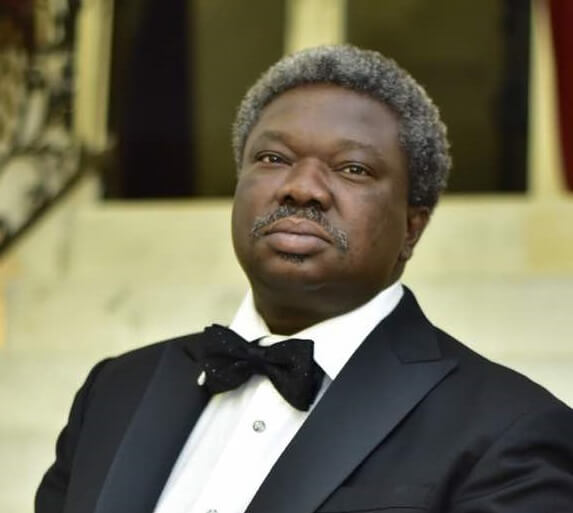 Sir Olu Okeowo (KJW) is a highly respected Real Estate player in the built industry. But not many people know that he is one of the biggest philanthropists in the country. Infact, only few know that this real estate guru is heavily into Philanthropy. We can tell you that for free. City People found this out last week. We discovered that over the last few years, Sir Olu Okeowo has donated a lot to churches and hospitals to help them provide a lot of service to humanity.

Last week, City People stumble on a lot of philanthropic gestures by this humble and easy going businessman who plays big in global real estate and hospitality business. As you read this, Okeowo, who does not like to talk about his philanthropic activities at all is constructing The Sir Olu Okeowo Physiotherapy Centre, inside Lagos University Teaching Hospital, LUTH, which is near completion.

The building is 100% complete, Fittings are being fixed, and Replicas are being designed. He is not stopping at that. Similar gigantic structures are to be built in the different geopolitical zones of Nigeria, like Port Harcourt and Kaduna for now. Work will start on other zones once he completes these 2, we hear.

If only all the other businessmen can cultivate the habit of giving back to society, it will help. His wealth comes from international property business. He has expanded his operations abroad with some private estates in exclusive parts of the world. All of these have helped him promote Philanthropy.

For instance, he is also involved in promoting Gilbatrar Orchestra, a private orchestra for the promotion of Classical and Orthodox music.

In the recent past, he has silently made several donations to several big orthodox churches, like the Methodist and Anglican churches. He has donated a lot of pipe organs to many church branches across Lagos. He has also hosted a lot of clergymen, at various times. He has a soft spot for clergymen. He takes the welfare of clergy seriously and helps to make sure their job is well done.

When City People visited this LUTH project a few weeks back, we discovered that the Sir Olu Okeowo Physiotherapy Centre is the largest and biggest private donation by any individual to LUTH since inception decades back. We were impressed by what we saw. It is a multi-complex made up of lecture rooms, Theatres for operations, equipment rooms and offices for the medical doctors and nurses who will work there.

As far as Olu Okeowo is concerned, it’s all about philanthropy and giving. And he takes pleasure in doing that. He has also given out private scholarships and glasses to the blind. Over the last few years, he has touched so many lives. And we almost forgot to add that he sends members of Gilbatrar Orchestra abroad to learn more about music and to improve their skills.

Let’s quickly add this other project he is doing in Ijebu-Ode to his list of projects. It is the Ecumenical Centre he is building in Ijebu Ode, named after his late father Sir Victor Taiwo Okeowo who was also deeply religious in his lifetime.
Sir Olu Okeowo is one of the big real estate players with heavy investments in international properties.
He is also into heavy investments in the hospitality business in the Caribbeans. All of his phenomenal support for both the Methodist and Anglican Churches has brought for him immense recognition. He is quite close to most of the clergymen of the two denominations.

It is no surprise then that he is a Knight of John Wesley (KJW). He has been honoured in recognition of his contributions to the Methodist and Anglican churches. He is also an Episcopal Awardee of the Anglican Church. Most of these accolades are predicated on his immense donations to churches.

He also runs a scholarship scheme for the First Baptist church choir. Unknown to so many, he sings. He is very conversant with all the major hymns of both the Methodist and Anglican churches. Whenever he has any event to celebrate, he personally chooses the Hymns they sing at the service. Someone close to him has revealed to City People that all these are a tip of the iceberg. We hear he keeps on donating to churches on almost a daily basis. For Sir Olu Okeowo, it’s all about Giving, Giving, Giving.

But surprisingly, this aspect of him you will never read anywhere. He just does not talk about it. It is between him and his God.