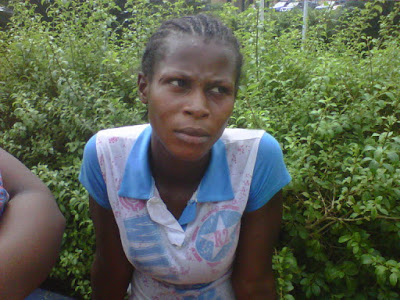 Goodness Akpan, a 17-year old student has confessed that she has slept with countless men as such she did not know who amongst them actually impregnated her.

According to PMExpress, she made the confession on Monday at the Lagos State Police Command in Ikeja, Lagos where she was paraded along other suspected criminals by the Commissioner of police, Mr Fatai Owoseni.

Akpan said she was a student of  Comprehensive Secondary School in Akwa Ibom State before she became pregnant and wanted to abort it before her sister brought her to Lagos.

She also denied that she was a sex worker and explained she was lured into the sex world and she liked it and could not control it any longer.

She said she became pregnant after sleeping with so many men and would not actually know who among them that impregnated her in their community.

Akpan said when she told one of them that slept with her and he denied, she became so confused because they were many and does not know the father of the baby.

She said when she became confused, she contacted her sister and wanted to terminate the pregnancy, she said  her sister prevailed on her and brought her to Lagos.

She said she was taken to a church where she stayed and delivered the baby girl.

“If I tell you that I knew the father of the baby, I am lying because I slept with many men and they were countless before I discovered that I was pregnant,” she said.

Akpan was rescued by the police on suspicion of being a human trafficking victim after she delivered her baby in a church. There was an alleged plan to sell the baby. 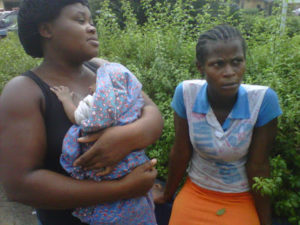 The police also arrested the owner of the church, a female pastor, Pemi Udoh for her alleged role in human trafficking.

Udoh, who is the founder of Divine Yard of God Ministry, Iyana Ota area, said she did not know anything about plans to sell the baby as alleged by the police.

She said she only assisted Akpan, who was brought by her sister, Angela to the church where she delivered her baby.

She said she was surprised when the police came to the church and arrested her and took her to the station where she met Akpan.

I have slept with countless men and don’t know the father of my child – 17-year-old student  was last modified: December 21st, 2016 by Reporter

The Creepy Creatures Man Pull Out from...