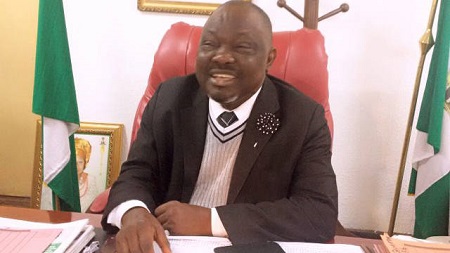 The speaker of the Edo State House of Assembly, Justin Okonoboh, has been impeached.
He was impeached by lawmakers at the Assembly on Monday in Benin City, the Edo State capital, according to Punch.
In his place, Honourable Kabiru Ajoto has been elected as the new Speaker. Okonoboh’s impeachment will not come as a surprise as speculation of the impeachment has been ongoing for months.
Speaker of Edo State House of Assemby Impeached was last modified: August 14th, 2017 by Arinze Ago