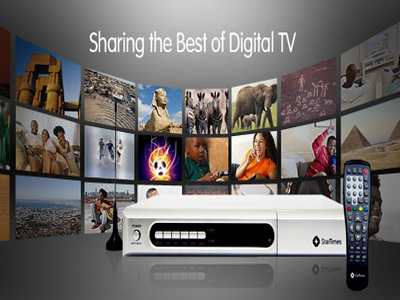 Popular Yoruba lifestyle and movie channel, ST Yoruba has commenced a comedy talent hunt campaign in a fresh move to discover and promote young Nigerians with sharp skills and talents for humour making.

“This campaign which involves both online and a live show has already kicked off in January and will end March 31, 2017. Selected participants from the online contest will feature in a live show to display their raw skills and compete for cash prizes and performance contacts to the delight of the audience and A-list comedians who have been selected as celebrity judges to assess the budding humour merchants, explained Israel Bolaji, StarTimes Head of Public Relations.

He added: The StarTimes owned channel which can be viewed on channel 160 (Antenna) or 412 (dish) has designed the initiative interestingly to search for, discover young and budding creative minds and help nurture their talents. This would be achieved by offering the most outstanding talents cash rewards and broadcast platforms; StarTimes is offering them opportunities to horn their skills, practice their most beloved craft and unleash their creative potentials. We are excited to support young creative minds touch the sky by living their dreams and achieving their aspirations.

To participate, the spokesperson explained further that, “A talented comedian is expected to upload a single 3-minutes own comedy video with hashtag #STYorubaComedyTalent and mention @StarTimesNG on personal facebook or twitter page before March 1, 2017. You should also get your family & friends to like and retweet your video entry on facebook and twitter till March 31st, 2017. The top 50 videos with highest number of likes and re-tweets will be short-listed by March 31, 2017 for the grand finale in April 2017. Every video entry must be uploaded before March 1, 2017 to qualify.

He added that StarTimes offers subscribers unrivalled entertainment to every member of the family through both its over 400 authorized and owned channels like ST Yoruba and others across Africa. On ST Yoruba, numerous lifestyle shows, movies, music and mind enriching programs have been lined up with A-list celebrities, anchors and family oriented programming. Our viewers can be rest assured of a year 2017 packed with loads of engaging, educative and inspiring contents across genres that will delight them and make digital TV viewing truly awesome and wowing!

Bolaji remarked that “StarTimes aggregates various exciting and top-notch channels such on its platform to offer millions of digital TV subscribers a rich blend of entertainment – be it movies, sports, news, drama, series, and music. Our desire is to ensure that every Nigerian family can afford, access and enjoy digital television with over 100 owned and authorized channels creatively selected to appeal to every member of the family.