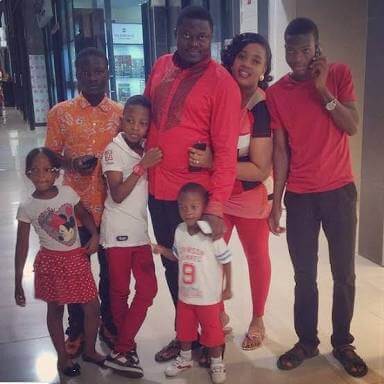 In November 2016, seasoned actor, Muyiwa Ademola, was in the news prior to a decision he made to jet out of Nigeria with his wife, Omolara and his kids including his grown up twins, whom he got from his long-time baby mama.
They all left for Houston Texas, United States of America. The rumour then was that, the tall and handsome dude left with his wife and kids to cool off and celebrate Christmas in the US.
3 months after, precisely in February 2017, Muyiwa returned to Nigeria and the question on his fans’ lips was: When would his wife and children returnto Nigeria. Yorubamoviegist.com, gathered that they have finally relocated. An insider hinted us that Muyiwa made the decision because he wanted a sound education for his children