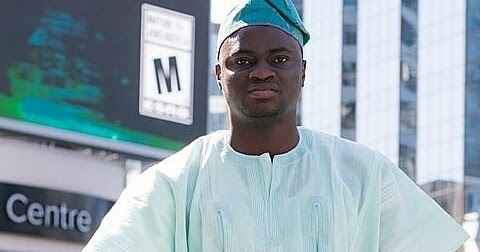 Temidayo Enitan, popularly known as Starboy Temidayo is one of the fast-rising actors in the Yoruba movie industry.

A few years ago, before he relocated to Canada, lots of people were of the opinion that he is no doubt the next big thing in the Yoruba movie industry. He relocated years ago and has featured in a very good number of yet to be released movies in Canada.

Besides acting, this highly talented young man has gone into promotions and management of in Canada. He takes artistes from Nigeria to Toronto Canada where he showcased their talents to the world. He has organized a good number of event in Canada in conjunction with other reputable companies in Canada and most of the event they packaged always turned out a huge success and most talked about events in Canada, such as  “Nollywood Night, Nigerian Canadian Celebrities Entertainment Award.

This particular event was star studded, lots of stars flew all the way from Nigeria, U.S. just to be a part of the award, and it turned out well.  Another event was the “Saadat Movie World Tour” Toronto Canada Edition and Yomi Fabiyi’s birthday bash.

Starboy Temidayo is talented, creative gifted and almost all his events always turn out well and successful. Temidayo is a cousin to the legendary comedian and president of TAMPAM. Mr Latin, he has featured in a good number of movies and also produced movies such as Owo Adebayo, Ayo Olopon, Ipebi, Ore Mi, Adegoroye, Dokita Oru and many others. He maintains a very cordial relationship, with his seniors and colleagues in the industry and he is often described by many as very humble, friendly and respectful.

READ ALSO: “I USED TO DRUG, ROB MEN AS A STRIPPER” – POPULAR AMERICAN RAPPER, CARDI B