Start To Life At Leicester City Is Frustrating – Iheanacho 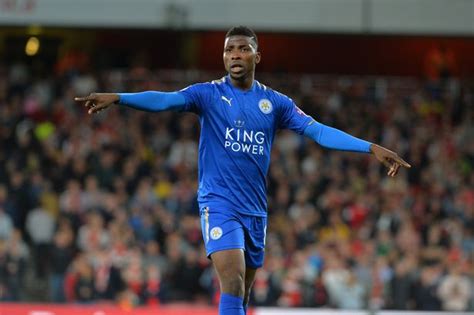 Kelechi Iheanacho has reflected on his slow, ‘frustrating’ start to life at Leicester City, following his record move from Manchester City in the summer.

Iheanacho – with a proven record as a decent performer in the English top-flight – was snapped up from the Citizens for £25 million but 17 minutes into his Leicester debut, he suffered a setback.

The youngster came on as a 66th-minute substitute for Shinji Okazaki in a pre-season friendly against Borussia Monchengladbach, and, eight minutes later, he made his impact felt, laying the winner for Jamie Vardy. But he was forced off before the end of the game [which was played a week before their season opener against Arsenal] due to a foot injury.

First team actions were hard to come by for the Nigeria international after his recovery as he also had to deal with a dip in form.
In December, eyebrows were raised when the club’s major signing was one of the six senior team members that played with the U21s in a Checkatrade Trophy encounter against Scunthorpe United.

“It was frustrating, like; trying to come back,” Iheanacho told SuperSport.

“You’re signed to a new team and they want you to play, trying to come back, trying to do the rehab with the physios and everything, and everyone was giving their best because I wasn’t fully fit,” he continued.

The striker has since worked his way back to prominence with assuring displays in the FA Cup and a few Premier League games. However, it is the former that seen the forward made the most impact.

Iheanacho has scored four goals in two FA Cup starts [three games in total] and, again, created history as his goal against Fleetwood Town became the first to be awarded by Video Assistant Referee [VAR] in English football – his second notable landmark in the prestigious competition.

In the 2016-17 season, Manchester City kicked off the new substitute rule, with the young striker the fourth man coach Pep Guardiola threw on to the fray in an FA Cup semi-final clash against Arsenal. A history Iheanacho is ‘happy to be part of’.