I Started Trading With N4,500 In 1984 •Babaloja Of OYO State, Alhaji DAUDA OLADAPO 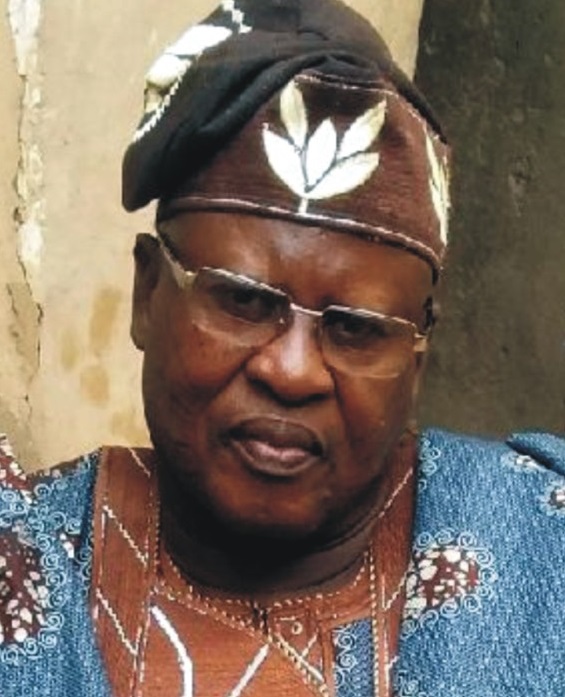 Alhaji Dauda Adisa Oladapo, the Babaloja of Oyo State and President of Oyo State Market Men & Women Association, is one man who has done so well for himself in the business world. He is a popular trader in Ibadan and one of the foremost trader’s unions in Oyo State. He’s been able to build a small business he started with #4,500 in 1984 into a brand. He was first dealing with cigarettes before venturing into provisions business.

Today, his business name, D.A Ladapo & Sons Nigeria Ltd has become an household name among traders in Ibadan and Oyo State. He is a major distributor of several manufacturing companies in the provisions line. His shop at Agbeni Market in Ibadan is the big testimony to his achievements in business. Apart from his business acumen, Alhaji Oladapo is so brilliant, that meeting him for the first time, one would never believe he didn’t go more than primary six.

He can understandably express himself in English and he reads and writes too. He has traveled far and wide and has trained children who have become successful on their own. Last week, City People’s Correspondent Dare Adeniran had an exclusive chat with Alhaji Oladapo in his office at the popular Agbeni Market in Ibadan. The meeting was quite interesting and revealing as Alhaji Oladapo speaks extensively on life as the Babaloja of Oyo State.

His journey into the business world, how he is making it big in business, family background, and many other things. He also spoke about the upcoming 35-year anniversary celebration of Oyo State Market Men and Women Association, which comes up on Thursday, April 26th, 2018. As Babaloja, Alhaji Oladapo also talked about his relationship with the executive governor of Oyo State Senator Abiola Ajimobi and his unflinching love for market men and women, trader unions and Artisans in the state. Enjoy the excerpts.

In a couple of days, Oyo State Market Men and Women Association will be celebrating 35 years anniversary in a big way at Adamasingba Stadium. What inspired such mega celebration?

The main purpose of the celebration is to thank God for taking us this far. It is going to be one of its kind in the history of the association. And it is also to celebrate our founding father Alhaji B.B Amubikaun. He berthed idea of the association some 35 years ago. Let me use this medium to correct this notion that women are the owner of markets. Maybe in other places but in Ibadan and Oyo State in particular as a pace-setter, it is not so. Chief Azees Bayo Ayilara is a man, he founded Ibadan Joint Traders Association; Late Alhaji B.B Amubikaun is a man, e founded Oyo State Market Men and Women Association 35 years ago. I have never seen where women from the market association, they always join the men.

What is your role as Babaloja?

How would you describe your experience since you came on board as the Babaloja?

It has been a mix of sweet and bitter experience if I may put it that way. I have come to realise that managing people is far more difficult than managing a business. You are dealing with a large number of people from different background and orientation. So it is not going to be easy naturally. The internal politics and all that. In fact, Oyo State’s case as far as traders unionism is concerned is unique and at the same time sensitive.

But there must be rules and regulation guiding these associations, at least those recognised by the state government?

Well, it is a free world and like they say the more the merrier. We are not saying there should not be other associations, but there must be proper coordination in forming association and how it is run. That is what we are preaching and not disunity among market men and women in Oyo State. I have never been involved in partisan politics in my life, all I know how to do is business. As Babaloja and other members, it is required of us to be in a good accord with any government in power. That is exactly what we have been doing and we are better for it. Noting more, noting less.

Does that mean that there is no cordial relationship between your association and others in the state?

We are not enemies in any way, It is just that our interest may differ. We relate well, we are all brothers and sisters and most importantly traders.

Tell us about the process of becoming Babaloja. How does Babaloja emerge?

Back then it was the market men and women that nominate who becomes Babaloja. But when other associations started coming up, they appoint President among themselves. In my own case, I was duly appointed as the Babaloja of Oyo State by the government. I have the letter of appointment. It is the heads of market units that nominate and send such name to government for confirmation.

So what is your scorecard like since you came on board as the Babaloja?

The very first step we took when I came on board was to bring sanity and unity within the association. That was the major thing lacking before we came. There was so much disunity then. That was why we formed what we called Advisory Market Leaders Council back then. We did it in such a way that President of the council will spend two years for a single tenure. I was President of the Advisory Council during Ex-Gov. Alao-Akala.

Through the mercy of God and the great efforts of Gov. Abiola Ajimobi, market men and women in the state have benefited immensely from government. Apart from the fact that we make peace our priority, neatness of market is another core area the present administration doesn’t joke with. That is coupled with the fact that we now have several modern markets in the state, thereby creating great opportunity for businesses to grow and making the desired development come to fruition.

There has also been increase in patronage across our markets due to the new development. I also make sure that government’s interventions are shared accordingly and without any sentiment too. We have gotten six buses from the government, which was distributed among the six associations in the state then. We have been given slots of Holy Pilgrimage trips to Mecca and Jerusalem, I gave them at Ikoyi-Ile, Iseyin, Ibadan and across other zones like that. Ajimobi’s led administration has given us #300 million interest-free loan. Each association were given #50 million each.

For someone to have become Babaloja of a state he must have come a long way. Tell us about your journey into the business world?

Yes, you are very right. I started trading since 1984. That shop where you met me was opened in 1987. I am sure the business acumen runs in the family; my father, Abdulhammed Oladapo of Ogelogun compound, Ile-Gboro at Oke-Oluokun was a famous tailor.

He was dealing in making embroidery on big Aso-Oke materials then. That year, “I started trading with #4,500 naira then”. I first ventured into cigarette business becoming into provision business. I was the one who received Muammed Yanni, a top cigarette dealer from Republic of Benin, when he visited Nigeria.

He was a good friend of Ex-Gov. Otunba Adebayo Alao-Akala. And that was even when cigarette was still very hot. Later when British American Tobacco was built in Ibadan I was one of those who commissioned the place in that year. KSA was on bandstand that day, he sang praised me for about 30 minutes. I still have the record at home. All these are noting but to let you know how far I have gone in business.

Up till today cigarette is still a highly consumable commodity, why did you leave the business for provision business?

There are two major reasons for going business and if you want to be successful one must stick to the two; customer satisfaction and profit making. So when I realised that cigarette business was not giving me the desired result again, I ventured into provision. That is what I have been doing in these past years. I thank God for what I have been able to achieve in business.

At what age did you make your first 1 million in business?

I can’t say specifically but all I know is that I have been counting millions at age 29-30.

Apart from what the association has achieved so far under your tenure, what is your bigger vision for Oyo State Market Men and Women Association?

The vision is to work hard to sustain what we have achieved. And to work hard in collaboration with government to make sure development go round our markets and for all the market men and women in the state to enjoy growth in their various businesses. Also for peace to continue to be among us, the traders. My own kind of Babaloja is the one who wants progress for all and not the one who relies on association’s fund.

I have my own business, I am a major distributor to several manufacturing companies. I have won many prizes, including a brand new bus, cars and several other prizes from these companies. I am a peace-loving man. I relate well with my people. I have cordial relationship with the authorities and traditional rulers in the state.

How do you combine running affairs of the association and running of your business without one affecting the other?

Though it is a huge task to manage people but the two are interwoven. You can’t successful run a business without having a good skill to manage people. You can see the two are almost the same thing. I found the two interesting because of my experience in business and I am coping very well with the two responsibilities without one affecting the other.

Many don’t really know much about you, all they hear is your name as Babaloja of Oyo State. Tell us more about yourself; your family background and other things like that?

I am a typical Ibadan man. My parents are from here, I was born and raised in Ibadan. My father, late Abdulhammed Oladapo is from Oke-Oluokun, Ogelogun compound. My mother, Alhaja Rafatu is from Oopo-Labiran. My father died in 1961. I didn’t go more than primary school at St. Stephen, Inalende, Ibadan. But thank God for where we are today.

What is your advise to market men and women in Oyo State?

My special advise to them is for them to always be at peace with each other. They should respect those in the position of authority, as God Is going to lift each and everyone of us up at an appropriate time.

In your relationship with the state government as the representative of market men and women in Oyo State in this past, how would you describe Gov. Ajimobi?
Walai talai, His Excellency Senator Abiola Ajimobi is a good man. Out of all the governments I have witnessed as leader of the association and Babaloja, he is the only one who has done so much for the market men and women in this state. He gave us 300 million naira interest-free loan, he gave us brand new buses (6). Through his transformation agenda, he has upgraded the existing markets and built several others across the state to boost trading in our markets. He has done well and we all love him.