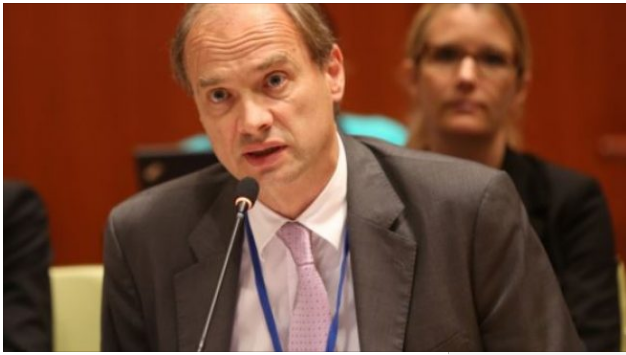 Switzerland says it has returned all the money kept in the country by Sani Abacha, late Nigerian head of state.

Wennubst said Switzerland returned about $322.5 million dollars (N116.11 billion) to the federal government. According to him, the original amount was $321 million.

The Swiss envoy also said the money was returned to the Nigerian government unconditionally.

“We are not talking about the condition; there was a programme on the social safety net that was developed by the government of Nigeria and the bank,” he said.

“After discussing, the only condition, set by the judiciary, not by us, was that the return of this asset should have been monitored by the World Bank and this is where we worked on.”

According to him, these funds were part of the Nigerian government contributions to the social safety net programme, “plus concessional loans from the bank”.

The Abacha loot was frozen in 2014 by a Swiss court after a legal procedure against his son, Abba Abacha.

Originally deposited in Luxembourg, the money was a fraction of the billions of dollars allegedly looted during his rule from 1993 to 1998.

I Started Trading With N4,500 In 1984 •Babaloja Of OYO State, Alhaji DAUDA OLADAPO