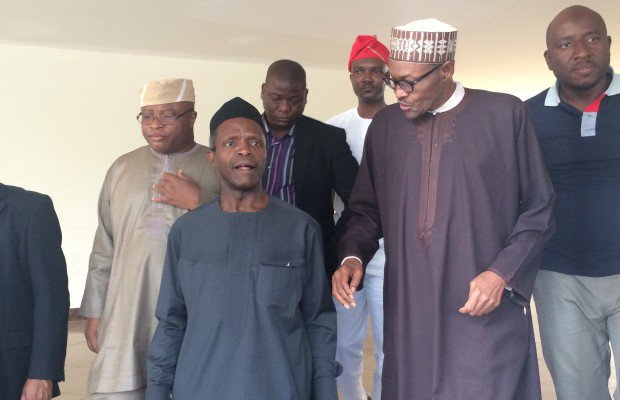 Mr. Osinbajo said he had been a longstanding proponent of state police and, in fact, found the current federally-structured police system largely ineffective.

“I have argued in favour of State Police, for the simple reason that policing is a local function,” Mr. Osinbajo said in a response to former Vice President Atiku Abubakar Tuesday. “You simply cannot effectively police Nigeria from Abuja.”

By this disclosure, Mr. Osinbajo has distanced himself from Mr. Buhari, who has long rejected the state police and other components of restructuring. The president believes there are no sound economic bases on which establishment of state police could be affixed, saying most Nigerian states are not financially upright to sustain internal police system.

“How many states are able to pay their workers in time? And you add the police to them? People should look into this matter very well.

“You cannot just give someone guns and ammunition, train him and refuse to pay him, you know what will eventually happen,” Mr. Buhari told the Voice of America in early May.

Mr. Osinbajo has been sparring with Mr. Abubakar, who is now seeking the presidential ticket of opposition Peoples Democratic Party to unseat Mr. Osinbajo and Mr. Buhari in 2019, over the perennial conversation around Nigeria’s current sovereign structure, which some have criticised as unfair, exploitative and unworkable.

Their arguments, which come as political activities for 2019 general election heat up, highlight the topical influence the restructuring agenda may have on the campaign trail.

Like most other functions of the federation, Nigeria’s Constitution accords exclusive control of the police to the central government. The need to dismantle this controversial arrangement is amongst the key fabrics of restructuring, and often at the heart of the debate, alongside resource control.

But while calls for restructuring have grown in recent years, debates over the essence of the cause have seen citizens draw divergent conclusions, and proponents are often dismissed as demonstrating dishonesty, shallowness or outright confusion.

But Mr. Abubakar, perhaps the most visible campaigner for a restructured Nigeria today, insists he has clearly defined what constitutes restructuring, accusing his detractors of deliberately muddling up his position for political gains.