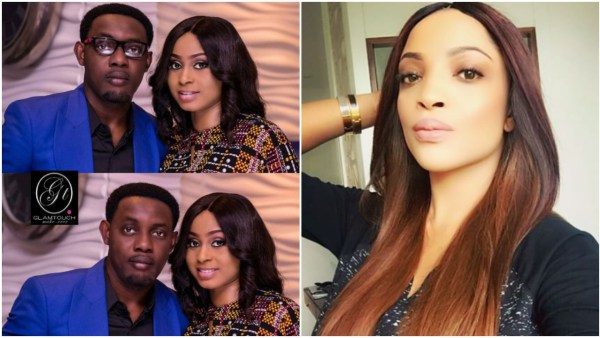 According to details obtained from TheNet, AY had posted what looked like an innocent picture of him, Freda and another friend at Freda’s push party saying congratulations to the expectant mummy.

This ‘innocent’ post seemed to have fanned some flames as Mabel immediately took to the comment section to voice her feelings. ‘This is outright wickedness and I won’t take it,’ she wrote.. 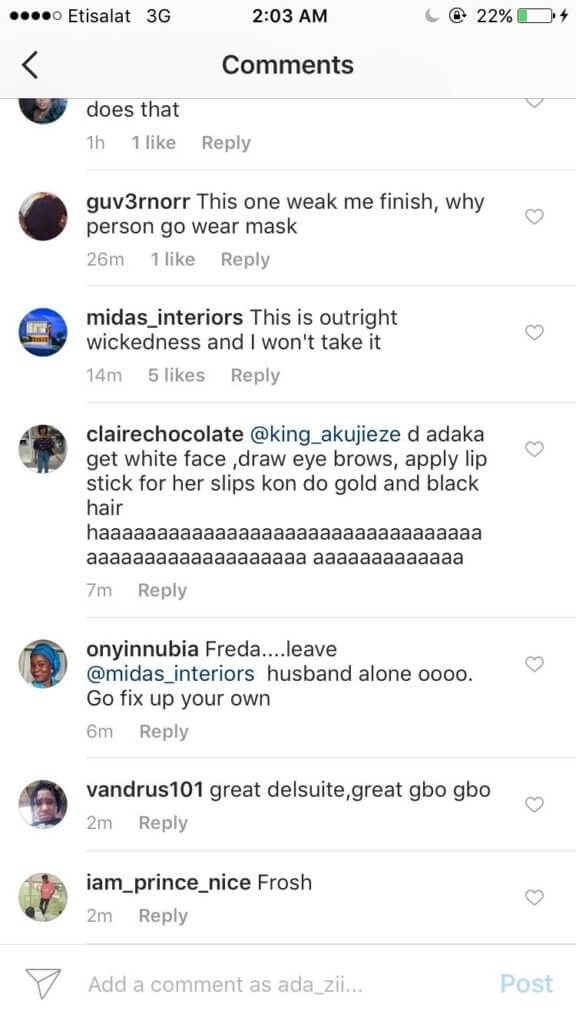 The interior decorator then went ahead to share the same picture on her page calling out Freda for messing with her family. 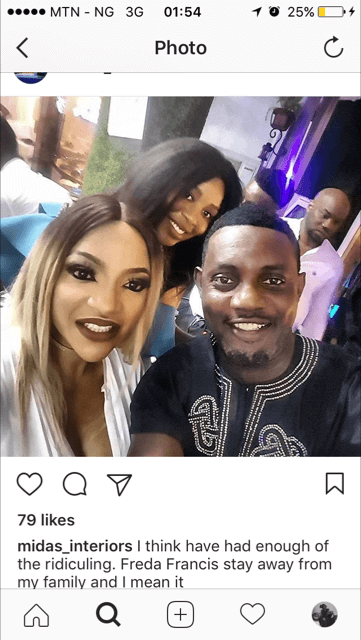 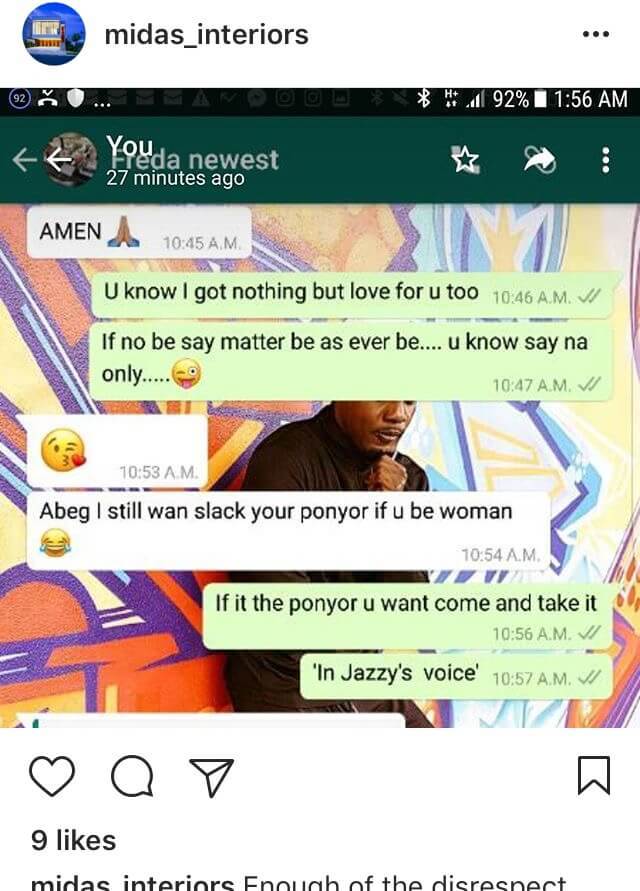 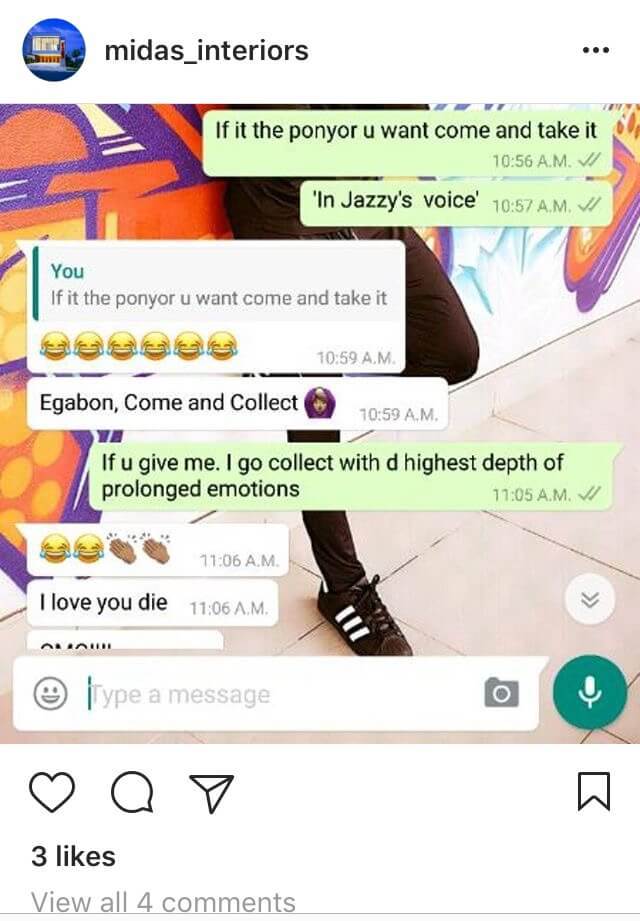 The whole drama, as expected, got the internet buzzing with speculations flying up and down.

Fans couldn’t help but wonder if AY is the mystery father of Freda’s unborn child as the Oasis Medspa CEO who dated singer Iyanya in the past, has been quite mute about who’s responsible for the bun in the oven.

Stay Away From My Husband! Messy drama between Comedian Ay’s wife Mabel and Pregnant Freda Francis was last modified: June 12th, 2017 by Reporter

Why I Chose To Work With ANKARA Fabric, LAGOS Fashion Designer, ADERONKE ADEFALUJO