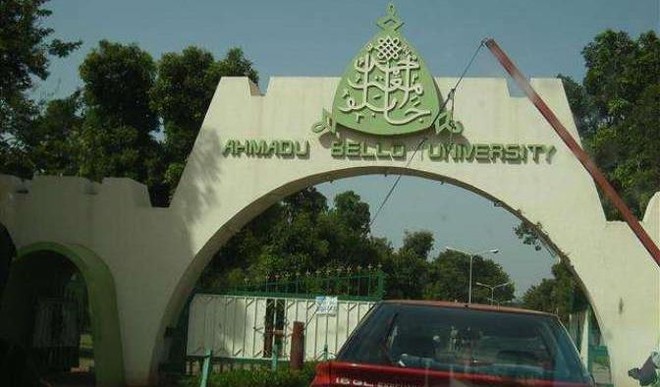 Ahmadu Bello University Zaria is one of the oldest Universities in the country. And it is  perhaps one of the oldest, up North. It has produced one President and three former Vice Presidents among others. The list of influential and powerful  alumni is quite long. Below BAMIDELE OGUNDANA brings you some of them.

A former National Chairman of PDP, he left the party to join APC and he is presently the Minister of Agriculture.

He was a former Speaker as well as Acting Governor of Kogi State.

The Emir of Kano, Lamido Sanusi finished from the Ahmadu Bello University, before he ventured into banking to head the apex bank and later after he was booted out, he was elected as the Emir of Kano.

Atiku Abubakar is not the only former Vice President that attended the Ahmadu Bello University, indeed there were three of them.

Namadi Sambo, the immediate past Vice President also graduate as an Architect from ABU Zaria. He was formerly the Governor of Kaduna state before he was picked to be Jonathan’s veepee.

The late President was a graduate of the Ahamdu Bello Univeristy an honour he shares with his wife, Turai.

Adoke was the immediate past Attorney General of the Federation and Minister of Justice. He served with Jonathan for his four years.

He was formerly the Chairman of the Independent National Electoral Commission, a lecturer and former head of ASUU.

The late Governor of Kaduna State, who also at a point served as the State Deputy Governor also had a  degree from Ahmadu Bello University.

He is the incumbent Governor of Nasarawa State. Before then, he ahs made his mark as an astute businessman.

He is a former minister of Agriculture.

A female minister from Kwara State, she served under the Yar Adua era.

She was a former Minister.

Lamorde, a Senior Police Officer, he is the immediate past head of Economic and Financial Crmies Commission, EFCC.

He is another great alumnus of the Univeristy.

He was formerly Nigeria’s Chief Justice having read Law at the Ahmadu Bello University.

He is another influential politician from Niger State. He was formerly the State Deputy Governor.

He is the incumbent Governor of Gombe State where he is running a seond term. He had been the Accountant General of the Federation before this.

He is a former Defence Minister and one of the wealthiest Nigerians around. He had served the country in various capacities as head of military formations before the coming of civilians in 1999.

The former Minister of Information and head of the social mobilisation parastatal, MAMSER has been very visible in the Nigerian political scene for more than three decades.

He was the Governor of Bauchi State for eight years, before then he was Minister of Aviation and he had also made his mark as a Governor.

He is another very influential former student of the Ahmadu Bello University.

She was the Finance Minister during the last days of the Obasanjo era, she also served as a Senator representing her state, Kaduna in the Upper House.

She is another influential alumnus of the ABU, Zaria.

He served Katsina State as the Governor for eight years.

The former Governor of the old Gongola State was also a former Chairman of the PDP.

She was the First Lady to Umaru Musa Yar Adua, who like his wife as attended Ahmadu Bello Univeristy.

He was  two term governor of Kano state and he also served the immediate past Government as the Minister of Education.

He is another influential member of the ABU alumni association.

Another influential alumnus of the ABU, he is a powerful politician

He was the Governor of Cross River State between 1999 and 2007, he also attended ABU Zaria.

A former Northern leader, he was one of the founders of many Northern political and social interst groups

A two term Govenor of Kebbi State, he was also a Senator.

A former Senator of the Federal Republic, he hails from Katsina State.

He was a two term governor of Kaduna State and he finished from ABU Zaria where he read Accounting.

He was formerly a Minister but before then, he was the  Head of Service of the Federation.

Nuhu Ribadu, the pioneer Chairman of the EFCC finished from the University where he read Law.

The wife of the President is another prominent Nigerian that graduated from the Ahmadu Bello University Zaria.

Nasir el Rufai was formerly FCT Minister, then he went on exile to come back and contest for the topmost job in Kaduna State, where he presently is the Governor.

Ganduje holds a doctorate degree, he is the incumbent Governor of Kano State.

The Governor of Benue State is another prominent Nigeria who finished from the University.

He is the incumbent Governor of Taraba State. He also graduated from Ahmadu Bello University.

He is a former Governor of Yobe State, he has also been to the Senate to represent the state.

Another graduate of Ahmadu Bello Univeristy, he is the Governor of Bauchi State.

He is the incumbent Governor of Plateau State.

He is incumbent Governor of Jigawa State.

He is the incumbent Governor of Yobe State and is presently serving his second term. He was a Deputy Governor before he became the Governor at the demise of the Governor.

He was two –term Governor of Bauchi State before he late became the National Chairman of the PDP.

He was a two-term governor of Taraba State before he had an air crash which made him indisposed and he has since been confined to wheelchair.

He was Mitary Administrstor of Ekiti state during the Abacha era. He died months back.

He was former Governor of Adamawa State.

He was Governor of Kaduna State after serving as Deputy Governor to late Yakowa.

Former National Chairman of PDP, he decamped to PDP where he was elected to the Senate representing Benue State.

He was formerly a Governor , he served as Deputy Governor to Murtala Nyako and took over when Nyako was impeached.

A former Senator, she is currently Minister for Women Affairs, she was at one time or the other a Commissioner in her home state of Taraba as well as the Chief Registrar of FCT High Court.

He was a Deputy Governor with the CBN before he became Nigeria’s Minister of National Planning.

He was two- time Nigeria Petroleum Resources Minister, he was also a former OPEC top shot.

Wife of top elder stateman, Adamu Ciroma, she also served as a minister during the Goodluck Jonathan.

Hadiza Mai Lafiya served as a minister under the Jonathan administration

What I Found Out About Gov. SANWO-OLU...