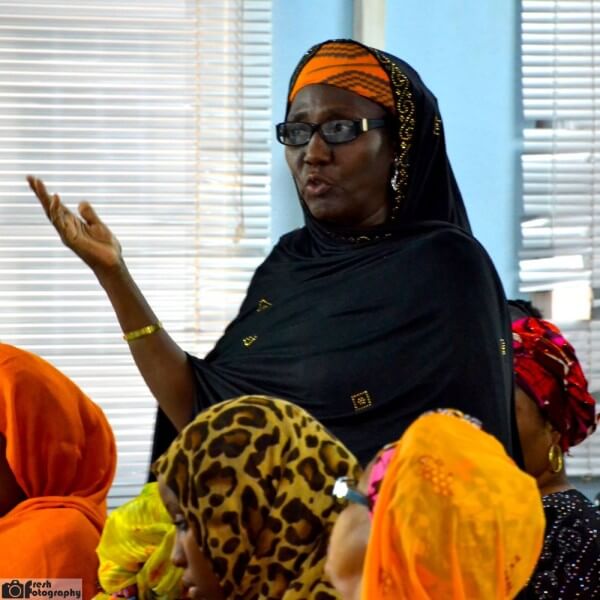 It is no longer news that Hajiya Badiya Magaji Inuwa, the President and Founder of the Sickle Cell Patients Health Promotion Centre (SCPHPC), an NGO set up to create awareness on the killer disease has been doing all she can in this direction, but tells City people that it is high time Govt. tackles the disease as a National epidemic in order to save the lives of about 250,000 children that are born yearly with the disease.

Badiya who is a mother of two sickler’s with one of them late at the age of 35, said because “Sickle Cell Anemia is a “bedroom” disease very few people seem to show concern to their problem. According to her, when a sickler is in crisis it is either he or she is in her mothers bedroom, being catered for or in a hospital bed, but when the crisis in over, they move about like any other person, “You will only realize the pain of a sickler when they are in crisis”. “It is a life threatening experience which can even result to the damage of some organ’s in their bodies so let us give more attention to these patients in order to give them a sense of belonging”.

She commended members of the Kaduna House of Assembly for passing a bill making genotype test compulsory before marriage, describing it as a welcome development” I have been advocating for such a bill in the past 6 years”.

Badiya Inuwa who has operated a clinic built by friends of her late son for the past 9 year’s, emphasized that the clinic is for the less privileged with 6,000 registered patients and 3,000 on Routine drugs and undergoing tests.

This Katsina born woman said it was very painful to lose a son at 35 years old, to sickle cell anemia, which is a genetic disorder, “since then (2006) I have been involved in the fight against sickle cell to ensure that no one suffers or dies from the ailment, “since then we have been providing drugs free and creating awareness of change. Badiya revealed that although sickle cell disorder is a global health problem, Nigeria is home to the highest population of carriers of the gene.

“The love and care shown to sickler’s in Kaduna, through the provision of hope in form of medical support is the beginning of responsible outpouring of goodwill to such patients from worthy individuals and others should emulate the gesture and provide more care for sickle cell patients.

Badiya who is a friend to two former first ladies, Hajiya Turai Yaradua and Justice Fati Abubakar whom have help the centre tremendously, noted that the story of this disorder can best be understood from a firsthand experience of the pains and agony of the sufferer’s and the parents of such families, of which I am one, knowing there is nothing they can do to alleviate the pain. “I am a testimony to that pain”.

She revealed that in Nigeria one in every four person’s are carriers of the sickle cell gene, and it is estimated that over 150,000 babies are born with symptomatic sickle cell anemia each year”, which is very disturbing”.

This down to earth and friendly woman who is a mother to a top ranking military officer told Citypeople that the centre has been able to achieve a lot through donations from relatives, friends, personal saving, adding that Hadiza El-rufai wife of Governor El-rufai has helped tremendously by providing drugs and putting a smile on these patients.

Hajiya Badiya said some of the achievements of the centre, is that it has been able to employ the services of consultants who have been advising and carrying out technical and specialist services, “We have also been cooperating with Government and other sickle cell organizations across the country for the purpose of promoting awareness, adding that she was hosted to a TV reality show (Moments with MO) in 2010 to enlighten Nigerians on the menace of sickle cell”.

Hajiya Badiya who is an Educationist that has paid school fees for the poor, sent them to nursing and health technology schools said that the only remedy for a sickler now is the bone marrow transfer which is very expensive, so what we advise is these patients should as much as possible do not catch malaria fever, eat a lot of water melon and lots of water, while taking their immune boosters.

This mother of four, said her advise in the last ten year’s to the young one’s is not to fall in love before going for a genotype test. “Blood test is very important for a woman, a divorce or a widow of child bearing age who has lost a partner, she must go for a medical test so that she does not end up marrying another person who is a carrier like her”.

The Story Of My Fight Against Sickle Cell Hajiya Badiya Magaji Inuwa Opens Up To City People was last modified: July 2nd, 2017 by Asabe Ndoma

Apparently 5 Fruit And Veg A Day...

Why Many Celebs Now Go For SoupSop...

How To Cure FIBROIDS & INFERTILITY Using...