Home Weird News STRANGE!! Woman develops a condition that makes her not able to hear men voice but women voice’s only
Weird News

STRANGE!! Woman develops a condition that makes her not able to hear men voice but women voice’s only 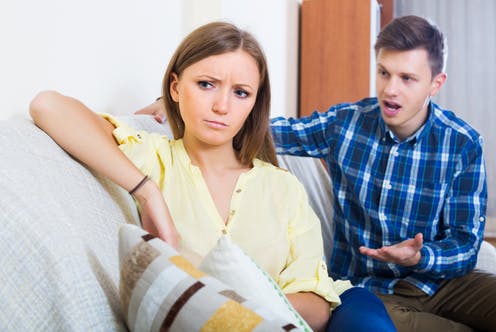 A Chinese woman developed a sudden hearing loss that makes her unable to hear the voice of men.

The patient, who has only been identified by her surname, Chen, went to sleep with nausea and ringing in her ears but woke up to find she was unable to hear her boyfriend. Ms Chen, from the city Xiamen, on the east coast of China, went straight to the hospital when she woke up and her condition left doctors confused.

Doctors tried to figure out her bizarre symptoms, which were the opposite to more common forms of hearing loss, according to local reports. What was more surprising was that she could hear the voice of women, but not that of men.

A specialist diagnosed her with reverse-slope hearing loss, in which she could only hear high frequencies.

The condition is believed to affect only one in nearly 13,000 patients with hearing problems, according to figures.

It was possible that stress may have contributed to the condition, the doctors said.

Reports state she was able to hear every word the female ENT who treated her spoke to her.

Dr Xiaoqing, who treated Ms Chen said: ‘She was able to hear me when I spoke to her, but when a young male patient walked in, she couldn’t hear him at all.’

She diagnosed her with ‘low-frequency hearing loss’, or reverse-slope hearing loss, explaining why she was unable to hear deeper sounds.

This condition is normally difficult to diagnose because both medics and patients may be unaware it exists. It can be caused by genetics, meaning people have never been able to hear lower sounds – such as the hum of a fridge.

The patient revealed she had been working late recently, putting her body under a lot of stress and not getting enough sleep.

Dr Xiaoqing believes fatigue and the added stress of long days may have contributed to the condition. The ENT specialist revealed it is important to treat such symptoms quickly, and said that she expected Ms Chen to make a full recovery.

STRANGE!! Woman develops a condition that makes her not able to hear men voice but women voice’s only was last modified: January 11th, 2019 by Igbokwe John