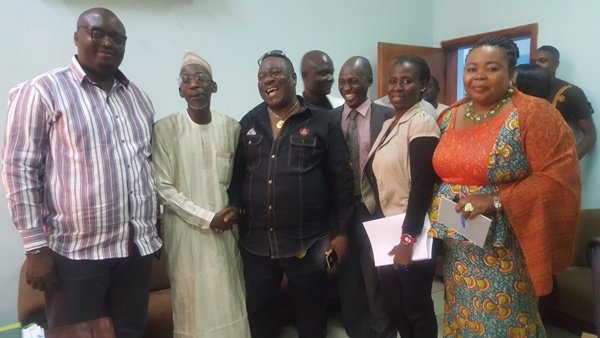 Ibu, who spoke with News Agency of Nigeria (NAN) in Abuja, said that it was a shame that the world’s second largest movie industry lacked standard structures such as headquarters building and modern film studios since its establishment over 20 years ago.

He said that practitioners in the industry would benefit more from “Structured Nollywood,” rather than financial aid from the Nigerian government.

The money under the “Project Act Nollywood,’’ is the second payment to the sector under the present administration, to help 105 film distributors.

Government had earlier approved N1.8 billion for disbursement to 106 beneficiaries.

Mr Ibu said he was opposed to such funds due to its inaccessibility.

He further alleged that most actors, actresses, and producers in Nollywood do not benefit from such funds due to selfish interests of those in charge of the dissemination of such funds within the government agencies.

“We expect such money to be dispensed appropriately by the Ministry of Information and Culture; such money go into the hands of those not connected with what we are doing”.

He explained that rather than give Nollywood such money that would not be utilised adequately; government should provide the industry with a plot of land to enable stakeholder build befitting structures and generate money internally.

“Nollywood does not have a benefitting `home’; the Nigerian government should give large hectares of land in a neighbourhood and also a structure which would be known as the home of the Nigerian film industry instead of doling out funds that go into the wrong hands”.

“If a structure is established, we will partner sponsors that believe in our work and we will take it up from there.

“With such structure, funds we receive will be coordinated by those running the affairs in the “Nollywood headquarters.”

The comic actor claimed that the Nigerian film industry would surpass the Nigerian oil industry in terms of financial output if a structure is put in place and those in the sector run their affairs devoid of interferences.

The money was to help turnaround Nigerian movie industry, which has recorded growth in production and sales within past years, but remains heavily criticised for low content.

A previous revolving loan scheme of $200 million (N32 billion), announced by Jonathan in 2010 was also plagued by complaints of inaccessibility.