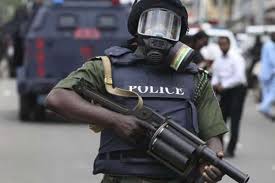 Policemen attached to the Presidential Villa in Aso Rock are protesting, saying their Risk Caution Allowances haven’t been paid since 2015

The policemen have reportedly filed a petition, titled “President Muhammadu Buhari’s mobile policemen plead over unpaid Risk Caution Allowances from May 2015 to date” to the president.

The president is unaware of the unpaid salaries, one of the policemen said.

He said the fear is that the allowances have been allocated and have been mismanaged.

The petition sent to the president read:

The 53 policemen since the past two years have been languishing in poverty. Most of these policemen did the data capture and were given the presidential tags. Those behind this delay are some of the superior officers like the Squadron, the Principal Staff Officer and the leader of the Presidential Vehicle Movement.

The excuse given by the superior officers was that the affected policemen were boys to the former Squadron leader, one SP Mau’su.

These superiors have started transferring these affected policemen out of the Villa to some states and replacing them with their own boys, who did not suffer and were not there to bear what the policemen went through. We are pleading with our father and President, Muhammadu Buhari, to look into these sufferings from the beginning of his government till date.

The Nigeria Police Force’s Public Relations Officer, Jimoh Moshood, however claimed that all allowances and salaries of policemen have been paid.

The police is yet to get complaints from the Aso Rock Villa, he said.

The emoluments contain the salaries and allowances. Outside that, there is also insurance coverage provided by the Force and the Federal Government.

This set of people you talk about have not complained to the Force headquarters. We don’t have such complaints. The police are not aware of any risk allowance being owed anyone.