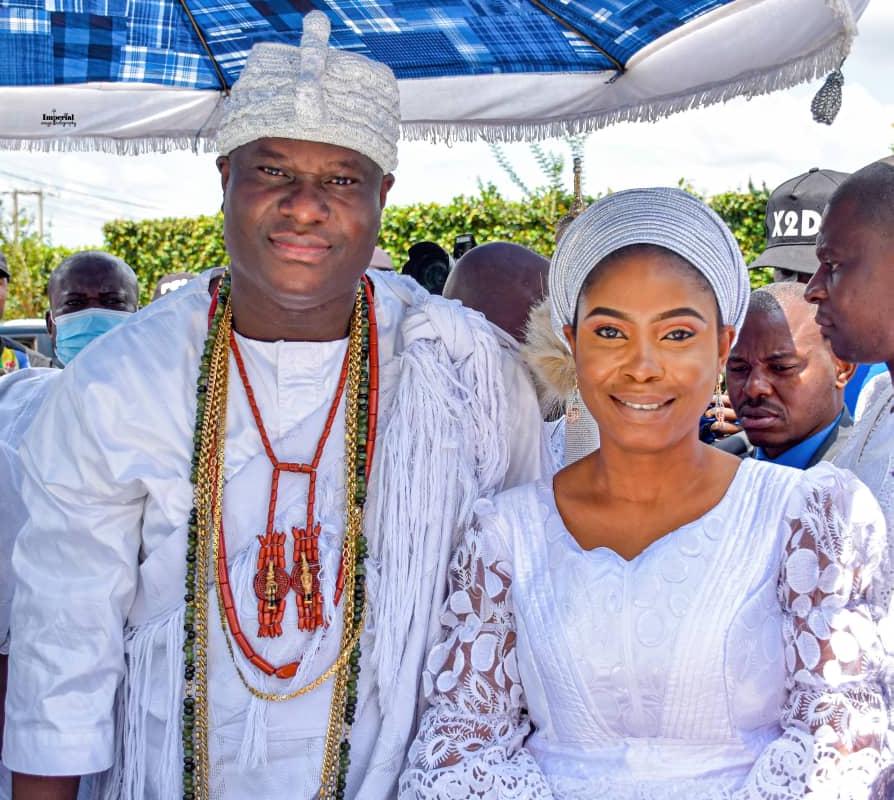 In recognition of their various contributions to peace and stability in Osun State, some eminent personalities in Osun State have been honoured by the State Commissioner of Police, Olawale Olokode.

Speaking at the event, the Vice President of the Nigerian-American Chamber of Commerce Esv Ibukun Efuntayo who was nominated alongside Ooni of Ife, Oba Adeyeye Enitan Ogunwusi, and Sujimoto Group CEO Mr. Sijibomi Ogundele for the Osun Commissioner of Police’s Ambassador of Peace Award commended the Nigeria Police force for their contributions to Nigeria even in face of daunting challenges.

He noted that the decision to appreciate Stakeholders with Distinguished award is timely and a well thought one.

He thereafter pledged his renewed commitment to the progress of the Force.

He noted that with the support of major Stakeholders like himself The Nigeria Police would compete favourably with their counterparts anywhere in the world.

He urged them to improve on their intelligence gathering so as to combat present-day security challenges.

Also Speaking, Hon Dayo Fasola, Senior Special Assistant on Protocols to Osun Governor who herself is an Awardee while also representing the Sujimoto Group CEO, disclosed to Newsmen that ‘given the right environment, equipment and support Nigeria Police would be the best in the world.

She noted the administration of President Muhammadu Buhari has done a lot to uplift the service through approval of higher wages and remuneration. She pledged to continue to support the Force using her office and influence.

Speaking, CP Olokode said the Osun Police Command bestowed the award of peace ambassadors on the Awardees in recognition of their various contributions to peace and stability in Osun State.

He noted that the awards ceremony was organised to celebrate and reward some critical stakeholders who have distinguished themselves in collaborating with the police to ensure the relative peace being enjoyed in the State.

Olokode further explained that relative peace being enjoyed in the State is made possible by the State government with the support of critical stakeholders and residents of the State.

The issue of security requires a general response, as it cannot be adequately addressed and tackled by the government alone.

“What we are witnessing today is an attestation or testimony of your enviable contributions in ensuring peace and progress in the state.

Today’s event is therefore to appreciate God, Officers and Men, as well as people of your caliber who God has been using to support the police both financially and morally in enhancing our efficiency and effectiveness in the fight against crime in the state. This is to show that your contributions are not unnoticed” Olokode told recipients at the event.

He further stated “My heart is filled with innermost joy for your concerted and collective efforts in the fight against crime and other criminal activities in the State and the country as a whole.

“This is what informed my desire to acknowledge and appreciate the contributions of all and sundry in the fight against crime and criminality, to ensure the relative peace we enjoy in our dear State of Osun.

“The efforts of all officers and in particular, those who lost their lives in the course of securing and protecting our dear father-land being recognized and celebrated today are testimonies to further spur them on to do more, and that their efforts are not in vain. Every Police Officer deserves to be honored and so, you are all honored!

The CP however solicited continued cooperation and support of the people through the provision of timely information to the Command to nip crime and criminality in the bud.

Some men and officers of the command including the spokesperson, SP Yemisi Opalola and those who got posthumous awards were also recognised for their diligence and commitment to the Nigeria police.