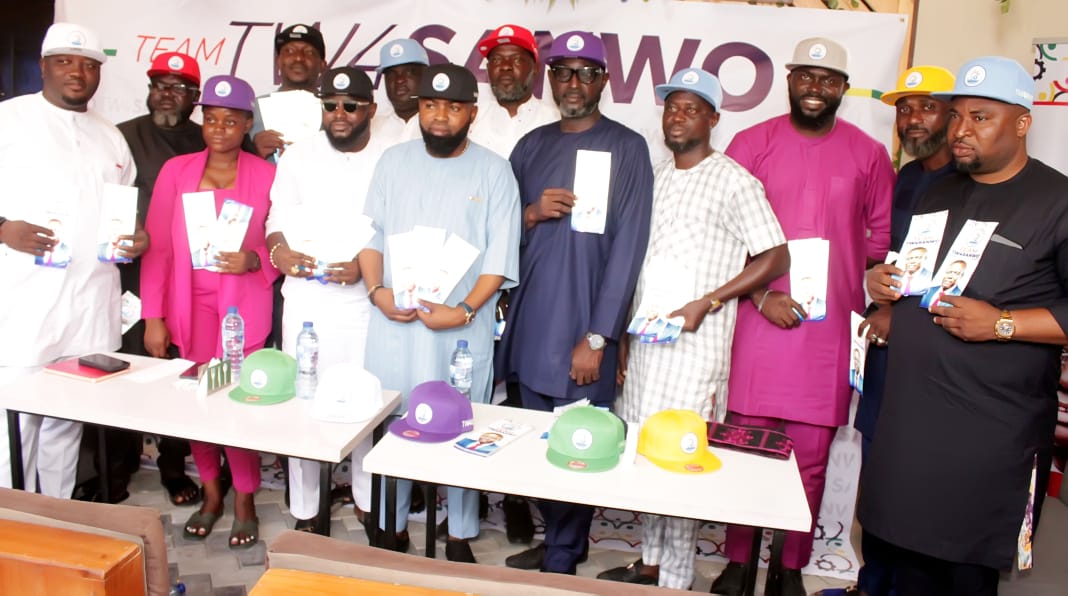 Thinkers & Workers for Sanwo is a broad-based group of young, upwardly mobile and politically conscious men and women who believe in the governance style of Governor Babajide Olusola Sanwoolu and are committed to contributing their quota to the success of his second term aspiration.

According to the Coordinator of TeamTW, Mr. Victor Ganzallo, the group is a socio-political association dedicated to supporting the re-election bid of the Governor of Lagos State, Mr. Babajide Olusola Sanwoolu. He stated that they believe in the good work the governor has done so far and believed that his getting a second term will help him further deliver the dividends of democracy to Lagosians and complete some of the commendable projects he has embarked.

Supporting his statement, the Co-cordinator, Mr Kayode Alfred affirmed the vision and mission of the group which is to mobilize artisans at the grassroots to recognize the impact of Sanwo-Olu‘s visionary policies and implementations that have advanced the development of Lagos State as a mega city and support his second term bid.

The group also stated categorically that they are self-funded and not on the payroll of any political party. One of the members , Ayobami Ladipo reiterated this submission during the launching.