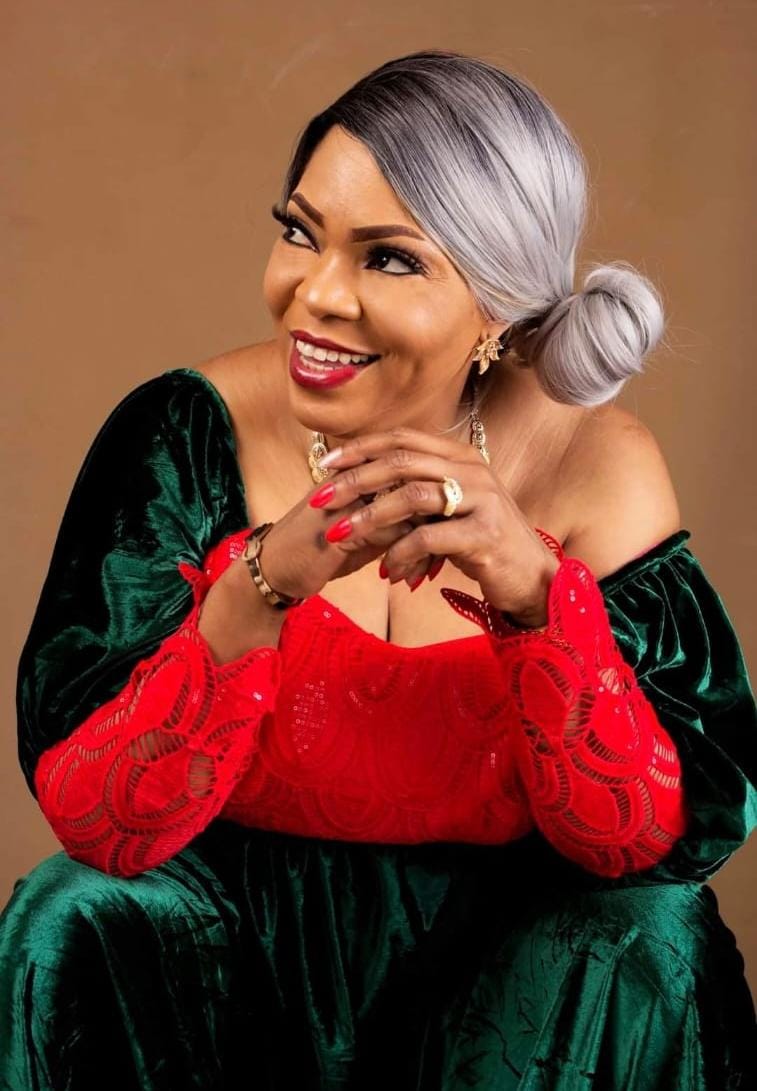 Her real name is Taiwo Odebode.But her industry name is Tiya. She is a damn good actor. She is also a great Film Maker who is doing so well.
A few days ago, City people got her to reveal her success story. Below are excerpts of the interview.

Kindly introduce yourself and what you do…..
My name is Taiwo Odebode, popularly known and called (Tiya). I am a Nigerian, an actor, a film-maker and a media entrepreneur. I worked as a medical secretary in the NHS primary care Trust in London.
I have been active in the entertainment industry for over a decade now. I am an active member of Actors Guild UK as well as Producers Guild UK where I am the Welfare Secretary. I was also the former Social Secretary of the Osun state indigenes of UK/Ireland.
And presently a Tampan member UK & Nigeria.

Tell us about your major jobs so far…..

My passion for filmmaking and excellence in production has driven me to produce and co-produce many movies and some of them are Aliero Unpredictable, First Wife, The Pastor, The Warrior, Iye Meji, Bus Conductor, Alafo, to mention but a few.

How have you coped combining your role as an actress and Producer?

It has not been easy. The entertainment industry is an industry that is not certificate- driven. It makes it harder, as it is open to a mamoth crowd of film enthusiasts willing to give their all and you have to constantly evolve to the ever changing industry of film and entertainment.
My experience as a Corporate executive has kind of toughened me up to withstand the monstrous difficulties in the film industry.
I have not only coped, but I have made a success of myself in the entertainment industry which has led to the establishment of Tiya Beauty Magazine and Tiya Media Production company resident in London, United Kingdom.

Tell us a bit about where you were born and where you grew up?

I am from a beautiful town called Edunabo, from the wonderful state in South Western Nigeria, named the Virtuous State and aptly called State of Osun. I am the youngest of 8 children and a twin. I had fond memories of growing up in Nigeria. I was born and bred in Lagos. The traits of acting has been with me right from childhood and I am so happy about the support I received growing up.
I left Lagos Nigeria at the age of 19, lived in United States of America before I moved to London to be close to my twin sister.

I had my secondary education at Methodist High School, Lagos. I was opportune to further my education at Hendon College and Kilburn Polytechnics both in London.
I did professional Acting courses in London , and acting training at Ibadan Acting Studio, I am an Masters holder in Management from University of West London.

How did you become an actress?

This is a very interesting question. I remember precisely in 1998 ,when I started my acting with Dave Olaoye and Nat Ajani at Demodave Entertainment Studio, in a television series titled,Merry Heart. Ever since I have acted in more than 50 movies in English and Yoruba language and some of them are: Oluranwo, Solape, Akobi Olorun, My Love and my Crown, Apostle do good, Maids of Docklands, 18 Carat Mama, Addict, The promise, Osere The Actor,Wives, Imagination, Compatible,  Wives of London, Obini, Oko Iyabo, Asise nla, Shameful Deceit, The Passport,  Ese ni, Here&Now, Basira in London, Oxford Gardens, Cry for Help, Delia etc.

Tell us about your new Projects…..

My new projects shot, but yet to be released are: The Pastor, The Warrior, Bus Conductor and Alafo.
My next project is a blockbuster movie to be shot in Nigeria and United Kingdom. A movie that focuses on a true African struggle of a woman seeking a golden fleece abroad. We plan to use cross-cultural actors with massive following and influence across the globe.

Taiwo Odebode(Tiya) Tells Citypeople About Her Life As An Actor & Film Maker was last modified: November 2nd, 2021 by Reporter

How Late Mrs KUDIRAT ATINUKE Aka Bashorun Was Buried

H1: How to Build a Strong Remote Work Culture?