Home News ‘You talk from both sides of your mouth’, Junaid Mohammed shades Emir Sanusi
News 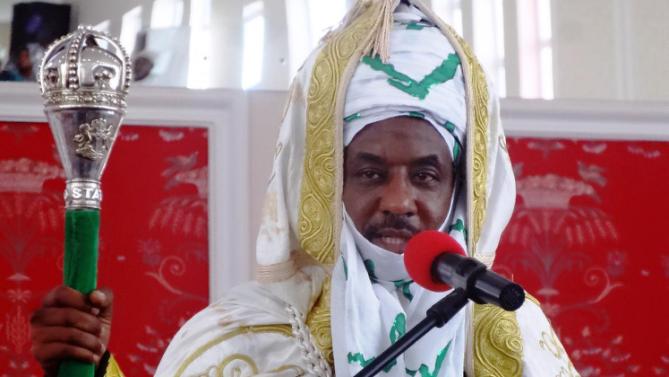 Second Republic lawmaker, Junaid Mohammed, has described the Emir of Kano, Mohammed Sanusi as a man who speaks from both sides of his mouth.

The former Minister made the remark while reacting to Sanusi’s appeal to Northern State Governors to convert mosques into primary schools in the North East.

Sanusi, while speaking at the graduation ceremony of Post Graduate Diploma and Nigerian certificate in Education in Kano, had advocated for the conversion of mosques into schools.

He noted that the conversion of mosques to schools will boost education in the region.

Condemning the remark of the former Central Bank, CBN, in a statement, he said such comment was mischievous and should not be dignified.

According to Mohammed, “Ordinarily, I won’t dignify the statement credited to the Emir with any response because the Emir talks from both sides of his mouth.”

Although he agreed with Sanusi that the number of mosque in the North East surpasses educational institutions, former lawmaker, however, advocated for the building of more schools rather than converting the existing mosques.

“Though, I agree that there are too many mosques all around and more functional schools need to be built, I don’t think converting a mosque or church to school is what will solve the problem.

“I believe the issue of million beggars on streets in the North is what should have formed the basis of discussion and not the issue of converting mosques to schools,” Mohammed said.

If you look at our educational needs viz a viz the infrastructure deficit, it has become imperative to convert existing mosques to primary schools, and aside cost reduction in this era of recession, it would accelerate education development in the region,” Sanusi had said.

‘You talk from both sides of your mouth’, Junaid Mohammed shades Emir Sanusi was last modified: February 8th, 2017 by Reporter

7 FUNDAMENTAL REASONS WHY LUCREZIABYSUJIMOTO: The BEAU...

How The 1st 3 Convicted Armed Robbers...