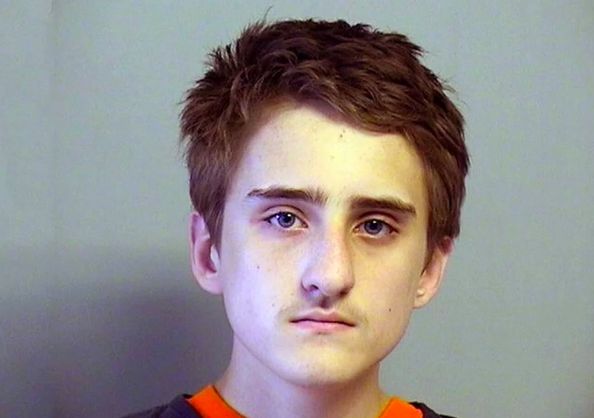 An Oklahoma teenager has been sentenced to fiver life imprisonment jail terms for the stabbing to death of his father, mother, two younger brothers and sister in 2015.

It is expected that the sentences will run consecutively.

Michael Bever who was 16 at the time, and his brother Robert Bever, 18 at the time, carried out the killings together.

The family was found dead inside their Broken Arrow, Oklahoma after one of the deceased called 911 that his older brothers were attacking them.

Michael was convicted of assaulting the 13-year old and sentenced to 28 years in prison on Thursday, in addition to the five life sentences.

In 2016, Robert pleaded guilty to the murders and was sentenced to life in prison without parole.

No reason was giving for the killings and ABC reports that after the tragedy, neighbours said the parents never allowed the kids mingle with others in the neighbourhood, adding that they were all home-schooled.

Robert told police that his dad beat him, saying he dragged him up the stays one time for leaving the light on and his mother slapped him, leaving a mark.

Robert described to police how he planned and carried out the killings, saying he was hoping it would bring him fame.

Robert testified that he wants to take responsibility for all the killings. Michael’s defence attorneys also argued that he (Michael) was led astray by his older brother.

Prosecutors argued that Michael was a willing participant in the crime and should be sent to jail.

Teen gets One Life Sentence for Each of his 5 Family Members him & his Brother Killed was last modified: August 10th, 2018 by Igbokwe John