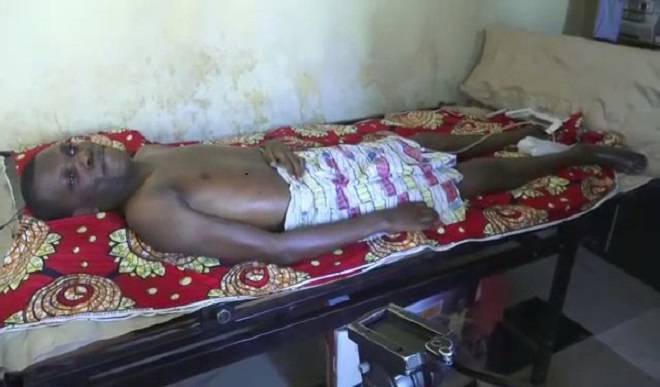 A teenager Daniel Emory, who got gored by a cattle in 2003, is spending 15 years bedridden and denied financial assistance to get surgical repair to his spine.

The accident occurred on a routine supply run in Onitsha in 2003, just after Emory finished secondary school. A stray cattle picked Emory onto its horns as he stepped out of a delivery truck.

“It was running with me [on top of its horns],” he told Daily Trust. “People were shouting. It threw me off. Immediately I fell down, I found myself in this condition.”

Two bones snapped in his neck, some more in his legs and hips. Since then he’s been on his back on a mattress and turned 35 this year without ever leaving his bed.

He has undergone several intervention surgeries, including repairs to his urethra and cervical spine in 2014. He passes urine through a permanent catheter. There’s been no family aid for the patient from Abi, Cross River.

But his doctors say he will require intense physical rehabilitation.

Another raft of surgeries he is set to undergo at Indian hospital have never gone ahead because of financial difficulties.

The surgeries are estimated to cost $44,250—that’s nearly N16 million.

“I appeal to fellow Nigerians, NGOs, government agencies to come to my rescue,” he said from sick bed, where he’s been confined for 15 straight years.

Teenage Boy Who Got Gored By Cow Still Bedridden After 15 Years was last modified: August 6th, 2018 by Damilare Salami