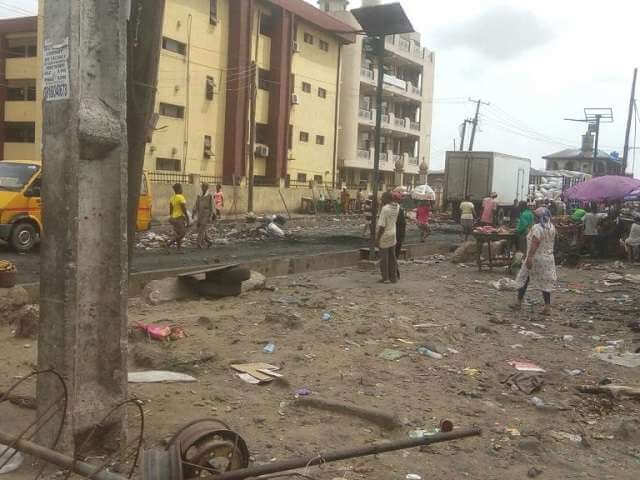 Some suspected cultists whose ages range between 16 and 20, have continued to unleash terror on residents of Idi-Araba of Mushin in Lagos.

It was learnt that the hoodlums, numbering about operate from 10p.m. within the community. They are usually armed with dangerous weapons such as guns, machetes, bottles, charms and stones.

When our correspondent visited the area yesterday, it was learnt that the hoodlums always mobilise from Olorunshogo and NEPA bus stops before they set out for their operation.

A resident, who did not want his name in print, said they were under the siege of the hoodlums at Folarin Street.

According to him, the residents can no longer sleep with their eyes closed.

“The attack on Folarin Street on October 1 was a surprise as we were still outside celebrating the Independence Anniversary when the hoodlums, all masked, invaded the community. We all had to run into hiding.

“Where I was hiding, I heard the hoodlums daring us to come out and challenge them. But nobody could come out because they were armed to the teeth and they were also chanting war songs. We want police patrol in Mushin.”

A mechanic, who identified himself simply as Mathew, also recounted his experience.

Mathew said the hoodlums attacked him and his colleagues and collected N20,000 from them at gunpoint.

He said: “Before the invasion of Folarin Street by the hoodlums, my colleagues and I were about to share the proceeds we made from the day’s business when the hoodlums arrived and collected the money from us at gunpoint.

“After collecting the money from us, they also went after those who were returning from their various work of places and asked them to drop their phones in a bag and collected their money. Unfortunately, they were doing it unchallenged by security agencies.”

A physically-challenged man, who spoke on condition of anonymity, said his vandalised bus was his only source of income and appealed to the Commissioner of Police, Imohimi Edgal, to come to their rescue.

He said: “Since my vehicle was vandalised I have been at home doing nothing. I don’t know where to get the money to fix the broken windscreen. I don’t know why the hoodlums are always on the rampage; government should immediately put them under control.”

A resident, Mr. Kunle Idowu, said after the hoodlums left Folarin Street, about 50 vehicles parked on the street were vandalised by the hoodlums.

“We also reported the incident at Itire Police Station,” he added.

Fat Or Skinny? This Is How To Find Her Perfect Fit

Why Benue Govt Is Not Happy With...