Home News The Burglar who ‘ransacked celebrity homes of millions of dollars’ has been arrested.
News 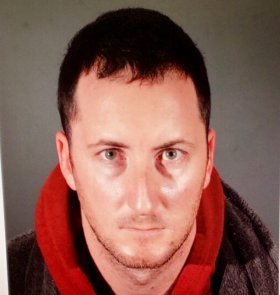 A man who allegedly robbed a string of celebrities, including Jason Derulo, Usher and Adam Lambert, of nearly 2,000 pricey items has been arrested in Los Angeles.

The LAPD confirmed on Wednesday an arrest had been made in connection with the robberies, that began in July 2017, after the fiendish robber was claimed to have gained access by posing as a realtor.

Police authorities named the man they arrested as Benjamin Eitan Ackerman, after detectives obtained a search warrant on his home and storage unit in September 2018. After which, thousands of items, including jewellery, artwork, wine, clothing, and handbags were allegedly recovered belonging to 13 different victims.

Ackerman allegedly gained access to the multi-million dollar homes of the rich and famous by posing as a realtor and, later, a potential home buyer. It was not long after he had signed the open house ledger the homes were targeted and robbed. Police named Ackerman as the man they arrested

According to the statement from the police ‘the suspect has also been known to claim that he works for an investment firm, which was confirmed as false’.

Among the celebrities allegedly robbed, model Kendall Jenner, and singers Rihanna and Demi Lovato were also reported as victims, with a selection of Gucci, Chanel and expensive Hermes bags recovered. In September 2017 Jason Derulo’s $3 million (£2.4 million) home in the Tarzana district was robbed of $300,000 (£238k) in and jewellery.

Designer goods have been recovered artwork was also among the stolen items ,then in March 2018, singer Usher had $800,000 (£636k) worth of valuables stolen from his $4.2 million (£3.3m) mansion overlooking the Sunset Strip, which was on the market at the time. Ackerman reportedly ‘fit in well’ when he took up his realtor disguise, with Detective Jared Timmons claiming:

‘When he showed up he was dressed to the nines. He acted the part. He was very slick.’ It was also alleged Ackerman would ‘tamper’ with the security cameras positioned on the famous homes, sometimes ‘ripping them out’ or ‘simply going black.

The Burglar who ‘ransacked celebrity homes of millions of dollars’ has been arrested. was last modified: January 4th, 2019 by Igbokwe John