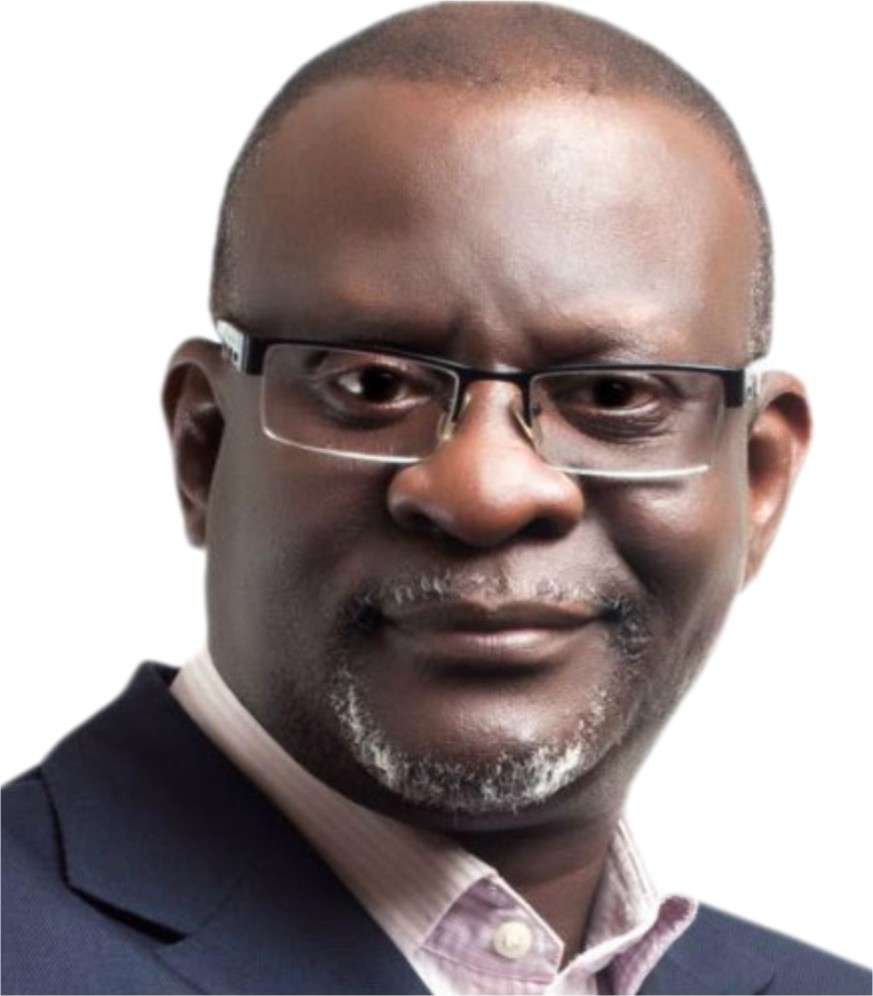 Akintoye Olumide Hilario Branco-Rhodes was born in Lagos on the 27th day of April 1963. The third child of his parents Mr and Mrs Olayinka Rhodes, he had three elder brothers Olayinka Jr, Olurotimi, Koyejo and two younger sisters Simisola (deceased) and Morenikeji.

Both his parents of blessed memory came from prominent Lagos families. His father Olayinka Rhodes was the son of Aboki and Novojo Rhodes.

His father’s maternal grandfather was the Brazilian merchant Joacquim

Francisco Devode Branco, one of the wealthiest men in Lagos at the end of the 19th century. Akintoye’s mother Elizabeth Abimbola was the first child of Jasper and Olabimpe Da-Silva. His maternal grandmother’s maiden name was Dawodu and the Dawodus too were Lagosians. Both of his parents’ families have their roots in the Brazilian Quarters of Lagos and own vast estates on  Lagos Island. His maternal great-grandfather Fagbemi Dawodu, a wealthy Lagos merchant owned large swathes of land west of the Lagos Marina including the site of CFAO and UTC as well as the stretch of land between the Marina and the ascent of Eko Bridge, in the Apongbon area of Lagos.

When Akintoye was a baby, his elder brother Koye, just fifteen months older, himself a toddler, found it too difficult to pronounce his baby brother’s name Kitoye, and started calling him Kiti instead. This was how the iconic name Kiti stuck and this was how he came to be known as and was called for the greater part of his life.

Kiti spent much of his early life growing up in Lagos where he received his primary and secondary education. He attended a Catholic Primary School, Maryland Convent Private School in Ikeja after which he enrolled at his father’s Alma Mater, Baptist Academy Shepherd Hill Ikorodu Road for his secondary education.

He left Nigeria for college in 1980 and first attended the American College of Switzerland, Leysin before transferring to Barrington College in the United States due to a policy of the Nigerian Government which mandated that all American academic qualifications be obtained in America. He finished college and gained admission to read Economics at the University of Rhode Island, Kingston Rhode Island USA.

Prophet. On one such occasion, he felt compelled to personally deliver a particular message to the then Military President, Ibrahim Babangida himself at Dodan Barracks. He addressed a letter to Babangida and took it there but never received a reply.

Later that year, during a summer vacation in London with his wife and two young sons, Kiti was divinely inspired to remain in UK and work as a missionary. He teamed up with Archbishop Benson Idahosa’s Church of God Mission Inc UK and joined them in the work of the ministry and church planting.

He frequently carried out street evangelism and door to door evangelism in London’s inner cities, and his younger sister Simi who was also in London at the time often accompanied him.

Kiti would visit the sick in hospital as well, laying hands on them and praying for divine healing which many received.

One day at University College Hospital UCH Euston, Kiti met a patient sick with gangrene in one of legs. The leg was constantly draining water and because of this, he was made to sit upright in a chair for most of the time. The man, Rob, was scheduled for surgery to amputate the leg and the prosthetic limb he would receive after the surgery had been placed at his side by the physiotherapists so that he could acquaint himself with it.

Kiti approached him smiling, seeing that he appeared despondent said, “Jesus loves you’: “Go away!”, the man snapped. “Nobody loves me.

Not my wife, not my children. They’ve all abandoned me. How can you say Jesus loves me?” he asked. “But he does” Kiti replied. “He died for you. To take away your sins and to heal you’: At that moment, the man started to listen intently and by the end of the conversation he received the message of salvation.

Few weeks later, Kiti received a phone call. An excited Rob shouted down the phone, “Kiti! Kiti! Jesus healed me! Jesus healed me! “Praise God!” answered Kiti. Rob told Kiti that on the day of the surgery, in the operating theatre, the surgeon examined the leg and found that the gangrene was gone and the leg was dry. There was no longer need to amputate the leg. The surgeon only carried out a minor procedure on his ligaments as he had not been walking for a while.

Rob’s testimony was one of many who received divine healing after Kiti had laid hands on them and prayed for them.

As well as the gift of healing, Kiti also had the gift of faith; faith to move mountains. Faith to believe God for the impossible and to receive what was impossible with men and only possible with God. This was evident throughout his life and Kiti’s faith and testimony was a great source of inspiration to all who met him.

He continued as a worker with Church of God Mission in London and when John Bienose, the pastor-in-charge had to return suddenly to Nigeria, the Church was left in Kiti’s care and he was appointed the Church Administrator. He faithfully managed all aspects of the church, pastoral as well as administrative throughout his stewardship.

He enjoyed the full support of his father Chief Yinka Rhodes who worshiped with the church whenever he travelled to London. Chief Rhodes was always proud to tell all his friends that his son Kiti was now a pastor.

When Kiti eventually returned to Nigeria, he would pick up his father on Sundays and they would worship together in church.

While in London, he founded Ziklag and registered it as a limited liability company, supplying and installing marble and granite finishes to wealthy home owners in Belgravia. In this way he was able to provide for his young family throughout their missionary work without being a burden

to anyone and to fulfill the scripture: And that ye study to be quiet, and to do your own business, and to work with your own hands, as we commanded you; 1 Thessalonians 4: 11

Kiti and his family stayed in London for almost a year and a half before returning home. At home in Nigeria he continued working in the Church and performing different roles including marriage guidance counseling and supervising church building projects. In 2005 he was ordained a Pastor in Christ Chapel International Churches CCIC where he subsequently became the Associate Pastor of the Lekki Lighthouse Centre of the Church.