The Many Things We Will Miss About The Alaafin 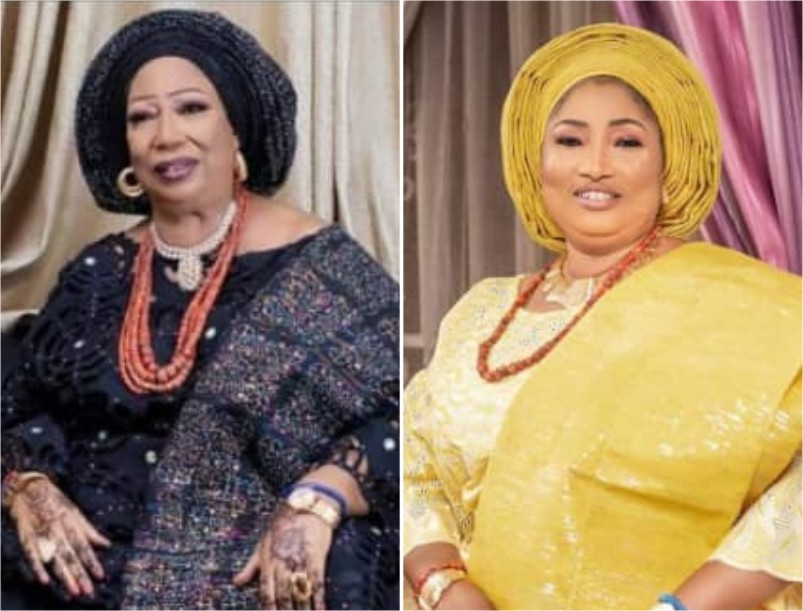 After the death of the Alaafin of Oyo, Oba Lamidi Adeyemi, many tributes have been sent to the monarch’s family to condole with them on the death of their patriarch. The worst-hit of the King’s death are the retinue of wives and children he left behind. Some of the Alaafin’s wives have been paying tribute to their late husband in the last few days and they are revealing the many things they will miss about him.

Oloori Aishat Folashade Adeyemi, one of the wives of the Alaafin of Oyo, has revealed that her husband was a very caring partner. Talking about him, she said he always sent her food through his driver when she was still in school. The queen added that he would even sometimes offer assistance to her in the kitchen.

Folashade said that she met her husband, the king when she was on an excursion to his palace. Just 25-years-old then, she added that her inquisitive nature could have been what attracted the Alaafin to her. When asked what her parents’ reactions were, she said that though her mother was a bit scared initially, her father was undisturbed.

Folashade added that Alaafin is a very romantic person, adding that he sometimes asks his driver to bring food to her when she was in school, saying that he is better than young men out there. “Kabiyesi is very romantic. If you are not close to him, you won’t know that he is loving and kind. At times, when I was in the kitchen, he would come and offer to assist. While at the college, he would dish food for me and instruct the driver to bring it to school.

The difference in our age gap never stopped him from showing affection. He shows affection more than some of these young men you see outside there. What a young man can do out there, Kabiyesi does better,” she said.

She said that marrying one of the significant Kings in Yoruba land has not restricted her in any way as she has done a lot like finishing school, doing business, and hopes to study for her postgrad abroad soon. So also is Olori Badirat Adeyemi, one of the estranged wives of the late Alaafin of Oyo, Oba Lamidi Adeyemi, known on social media as Queen Ola. She has given insight into the love story between her and the late monarch.

Queen Ola, on her Instagram page, narrated how she got into trouble in the Alaafin’s palace when the late monarch started to show other wives she was his favourite.

The estranged wife, mourned the monarch, Oba Lamidi Adeyemi, who died a few weeks ago, aged 83.

In an Instagram post,  Oloori Badirat shared an emotional tribute to the late monarch, revealing that they shared a strong bond as she married him when she was 19.

Badirat noted that the bond she shared with the Alaafin could be likened to that of a “siamese” but everything flopped when “they had an inkling about whom your favourite was.”

Sharing a photo of the monarch, she wrote, “I was thinking it’s all lies and that you are coming back but I’m afraid I was wrong.

“The father of my kids, whom I met at an impressionable age, left when it was least expected. Whenever I tell people that the bond we share can be likened to that of a ‘Siamese’, having been married to you at age 19, they are more than transfixed.

“We were practically best of friends but the moment they had an inkling about whom your favourite was, everything flopped.

“Alas! the kids and I can’t see you anymore nor converse with you any longer but I vehemently believe you are seeing us. How I wish we can still have a few words because I’ve got a whole lot to tell you.

I’m bereft of what to tell the boys especially, Adejuwon, because, at his age, he reads and surfs the net so much that curiosity gets hold of him and has already known a lot about you.

“You remain to me, the best father, teacher and mentor and husband that ever bestrode the landscapes. Almighty Allah will forgive all your sins and accept your return.”

Queen Ola, as she is popularly known, became prominent in the news after her exit from the Alaafin’s palace in 2020.

READ ALSO: WHY MUSLIMS SHOULD NOT MISS FASTING FOR 6 DAYS AFTER RAMADAN

The Many Things We Will Miss About The Alaafin was last modified: May 12th, 2022 by City People

Why Muslims Should Not Miss Fasting For 6 Days After RAMADAN

My Advice To The Next Generation Of Entrepreneurs – SIFAX Boss, Taiwo Afolabi