THE REVERED OBA OF BENIN By Eromosele Daniel Aka Pikolo 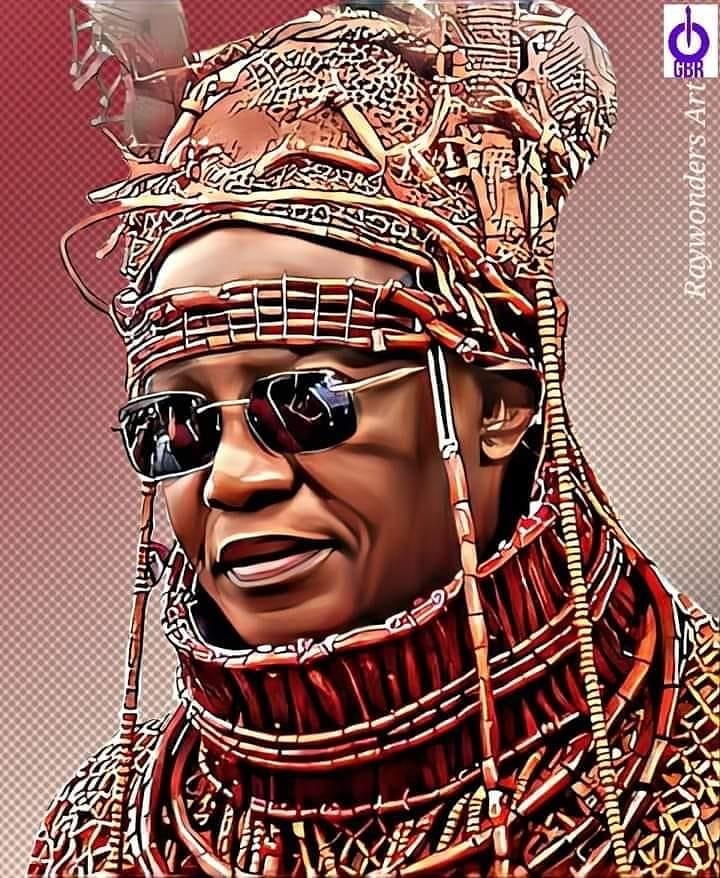 The unadulterated beauty and divinely conferred charisma, of the highly exalted Monarch of Bini kingdom, are one of such that is orchestrated by God, and as such bares a great level of any unquestionable loyalty to mere men.

The great Oba of Bini is well known for his wisdom and he possesses an unwavery authority that is second to none in the kingdom. The Oba of Bini is a Supreme being and he unapologetically owes no explanation about his decision to anyone of his subjects, irrespective of their social status.

The words of our Oba, is his person, it can never be broken no matter the reason. It is a dispensation of ultimate wisdom and knowledge, once it’s been spoken, it cannot be reversed/revoked, nor does it comes back void to him.

The Oba of Bini is the highest symbol of integrity, and peace. Our dear Oba is a reincarnation of everything just and equitable. The beauty of his heart, radiates in his eyes, with every blink, expressing hope and encouragement to his people. A true king and a living hero of the Bini-empire.

This is an explicit example of just about one of the unique personalities of our Oba, The Omo no Oba ne Edo uku akpolo kpolor , Oba Ewuare II . The Ogidigan

The Oba of Bini is the traditional ruler and the head of the historic Eweka dynasty of the Benin kingdom. The binis see the Oba as a direct representative of God on earth, it is majorly believed that after God is the Oba, and that when they want to see God on Earth, they see the Oba instead.

The pride and custodian of the culture of the Edo people, the most highly reverend oba in all its entirety, the beauty of his people, A true king in every sense of the word. The most adored king of our time, The great Oba of Bini is a light at the end of a tunnel for the people of Edo, a breath of fresh air and above all a blessing in disguise.
The Oba of Bini, is undoubtedly the most renowned, for his power and authority. The Oba answers to no one, He is pragmatic in nature, and Just like the iroko tree, he is firm and unwavering in his decisions, as the lion possesses reign over all others in the jungle, his supremacy is outstanding, and without fear, most deserving. Just like the sunset that rises during the day, the moonlight at dusk, basking in the light of his glorious reign.

A king that oozes so much selfless and unconditional love for his people. His aura commands undeniable respect.

The Oba is always beautifully and heavily adorned in his royal attire, the royal beads, and clothing is of inestimable worth. The throne exalts his carriage and feels overly worthy to carry such greatness, The crown, worships the head it sits on, and feels honored to perfectly fit on the head of the Oba, The Royal beads salutes his bravery, His attire, counts it as a blessing to clothe the great Oba, and the shoes he wears completely feels fortunate adores his foot. He glows in extreme royalty and his sovereignty over his people is unrivaled.

Our Oba is humility personified, He is got every shade of nobility, righteousness, and ethics. A true king who is always unprejudiced and liberal, with candid and straightforward ways, he rules the Bini-empire with so much grace and poise. An inspiration to every Edo born. An Oba filled with guts and glory.

There can only be one Oba of Bini at a time, and that oba is the Strongest, most resilient Oba Ewuare II, His Royal Majesty.
Long may you reign
Oba gha to kpere
Iseehh !!!!

THE REVERED OBA OF BENIN By Eromosele Daniel Aka Pikolo was last modified: September 6th, 2020 by Reporter

A GIFT OF 400% ROI ON THE LEONARDOBYSUJIMOTO IN 2 YEARS!

What Princess Toyin Kolade Must Do This...