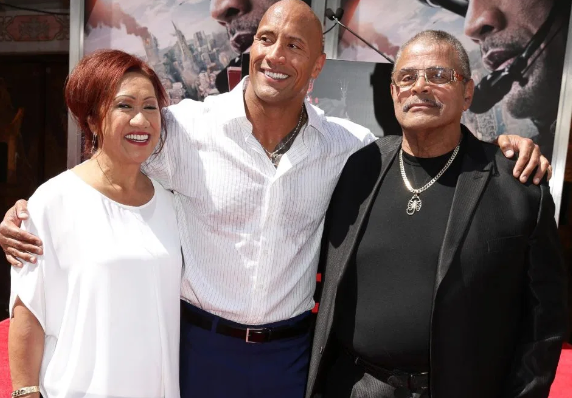 Rocky was a huge wrestling star in his own right and earned a place in the WWE Hall of Fame.

His cause of death is so far unknown.

Johnson, born Wayde Douglas Bowles, began his career in the 1960s and after a stint in the World Wide Wrestling Federation became a top contender in the National Wrestling Alliance.

With partner Tony Atlas, Johnson was part of the first blag tag-team to win a worlds championship in the World Wrestling Federation (WWF, later WWE).

A statement on the WWE website read: “WWE is saddened to learn that Rocky ‘Soul Man’ Johnson, a WWE Hall of Famer, former World Tag Team Champion, and father of Dwayne ‘The Rock’ Johnson, has passed away at age 75.