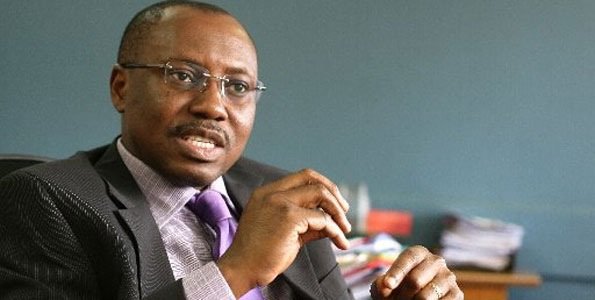 Saturday, 22nd September, 2018, was a remarkable day  for the family of the former MD/CEO of Guinness Nigeria Plc, the Founder/CEO  of Algorithm Media Limited, Otunba Seni Adetu, and all the members of the Prestigious club of Sagamu, “The Sagamites Club”, as the day marked a new beginning of another chapter in the club’s history book, and that of the entire Sagamu Community.

The presence of many dignitaries, who trooped to the venue to celebrate with Otunba Seni Adetu showed that he is a man loved by people and that  his remarkable contribution to the growth of Sagamu Community is highly appreciated.

Important dignitaries from all walks of life came out enmasse to celebrate with the new President of The Sagamites Club, Otunba Adetu and his wife, Oloori Janet Adetu. They spoted  beautiful,, gorgeous attire that matched  the colour for  the day, yellow and green.

Some groups were seen wearing expensive lace with matching headgears, while some dazzled in  Ankara.

THE SAGAMITES  LEAD WITH  THE NATIONAL ANTHEM

National Anthem, and the Club Anthem were sand  members of The Sagamites Club. It was  followed by the opening prayer delivered  by Pastor Segun Macauley.

Prof. Okanlawon Odusoga is the immediate past President of The Sagamites Club. In his speech, he appreciated all people who came  to felicitate with the club and to rejoice with the new President’s family.

The citation of the new President was read  alongside the Sagamites Club documentary.

The goodwill message from the University of Lagos Alumni:  “ ‘All the world’s a stage. And all the men and women merely players. They have their exits and their entrances. And one man in his time plays many parts. – Shakespeare.

“ ‘On this day of your investiture as the President of The Sagamites Club, we celebrate a Distinguished Alumnus of our Citadel of learning (The University of Lagos) Otunba (Engr.) Seni Adetu (OSA).

Indeed, and in truth, you are a proud ambassador of Unilag. A  personality that has been exceptional in many ways.

“ ‘Today as you once again commit yourself to another Selfless Service through your imperial country-home club, The Sagamites Club, we pray that your Good shall be Better, your Better shall become Excellently the Best and you shall undoubtedly Stand Out Outstandingly. Once again congratulations and we celebrate you as our own distinguished Unilag Awardee and Exemplary Ambassador.

The Royal Father of the day was HRM Oba Babatunde Ajayi, The Akarigbo of Remoland, came with his entourage to honour the new President.

Her Excellency, Mrs. Yetunde Onanuuga, Deputy Gov. of Ogun State, made it to the event later before the closing of the event and was welcomed by all the traditional rulers who were on ground.

The Day The Sagamites Club Got A New President was last modified: October 1st, 2018 by Reporter