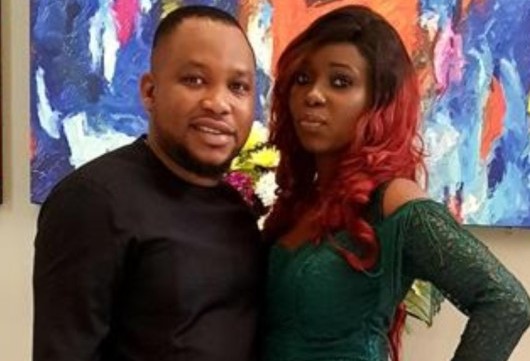 Kunle Adegbite is the CEO of Sidewalk Bar at 23, SanusiFafunwa, in Victoria Island, Lagos. He also has an outlet on Obafemi Awolowo Way, Ikeja-Lagos. He recently celebrated his 40th birthday in grand style at the VI outlet. It was an event well attended by close friends and families of Kunle Adegbite and his family, as they all came out to rejoice with him for the privilege of another year in the land of the living.

The busy Sanusi Fafunwa street couldn’t contain the number of dignitaries that stormed Sidebar lounge on that day the 6th April 2019. Many came with their beautiful wives, while some came with their friends and relatives. It was a gathering of professionals from all walks of life.

Kunle Adegbite’s immediate family wasn’t left behind as they all came, looking beautiful and well dressed to celebrate the birthday boy.

At about 5 pm, the venue, Sidewalk bar and lounge was filled up to the brim. The ambience speaks volume of the birthday boy’s status. It was a black and white affair and truth must be told; many guests did justice to the colour of the day. It was beautifully combined with jewellery that blended with it. And the decoration also complimented and gave the event the classy look it deserves, and Kunle’s 40th birthday cake was beautiful to behold.  City People SUNDAY ADIGUN was at the event and brings gist of how the event unfolded.

ARRIVAL OF THE CELEBRANT

It was the moment people had been waiting for, to receive the celebrant and his family. The celebrant, KunleAdegbite and his wife, Bukola with their 2 daughters came in at about 6 pm. A loud ovation welcomed him and his wife, flanked with bodyguards. Though Kunle looked simple and handsome in his native white buba, but if you didn’t know him before one could actually mistake him for a guest on this day. All thanks to one of the grandmas who actually let the cat out of the bag when she hollered, “here comes the birthday boy”. After greeting his immediate family, Kunle greeted every guest one after the other and appreciated them for making it to the event. He is indeed an epitome of humility.

The beautiful lady behind the success of Kunle is his wife Bukola Adegbite, an epitome of beauty with dark skin and nice shape. She also dazzled at the event alongside her husband, and she was always busy greeting and appreciating their guests.

THE EVENT STARTED WITH MUSIC AND DANCE

There is no better way to kick start such an event than to start by praising God. Though many people were wondering why the music was on and the celebrant and his wife were already on the dance floor, not knowing that it was pre-arranged to render praise and worship to appreciate God and to kick start the event. The praises lasted for about 10 minutes before the Mc finally took over.

For an occasion as classy as this, you will agree with us that, it requires a man that knows how to anchor such classy occasions. Surely, popular comedian, Omo Baba is a professional at what he does. Every moment at the party was fun and worthwhile. Thanks to the one and only fine boy in the comedy industry.

One of the waves making celebrity live bands is SB band. Seun Bankole is the band leader of the popular band, S.B Live, a band that is quite known to music lovers on the Mainland and Island axis of Lagos. Seun is a Mushin-born talented keyboardist and an Afro Pop artiste whose style has carved a niche for him in the entertainment circle and has gradually won over many big boys and big babes’ heart. He’s the toast of many when it comes to live performances. He was on the bandstand on this day and he ensured the day turned out to be a great one for the guests.

Pastor Owolabi is the Pastor in charge RCCG Sure Foundation Parish. Obviously, he’s the celebrants’ Pastor. He led the opening prayer and also gave a word of exhortation. In his word, “Life is fun but some people look at it as something that will not let them enjoy the love of God. Satan will tell people so many things just like he did to our Lord Jesus Christ. Satan will tell people to have fun and forget the commandment of God. Meanwhile anytime we live life without the commandment of God we are tempting God. Life without the commandment of God is like a nice car without a break. I encourage everyone to introduce a little break into our lives. After the admonition, Pastor Owolabi called on his wife and some other Pastors in the house to join him in praying for Kunle Adegbite’s family.

AND THE CELEBRANT CUT HIS CAKE

Many of Kunle’s classmates were in attendance, especially 1991 set of GCI. According to them, they are very fond of Kunle whose nickname while in school is Ado. They sang their school anthem together and they were all happy for the celebrant.

Jide is one of the close pals of Kunle. He was invited by the Mc to give the toast. He also seized the moment to talk about Kunle and his relationship with him. And the celebrant’s dance moment started after the toast was given.

Those Who Will Make DAPO ABIODUN’s Cabinet Revealed!