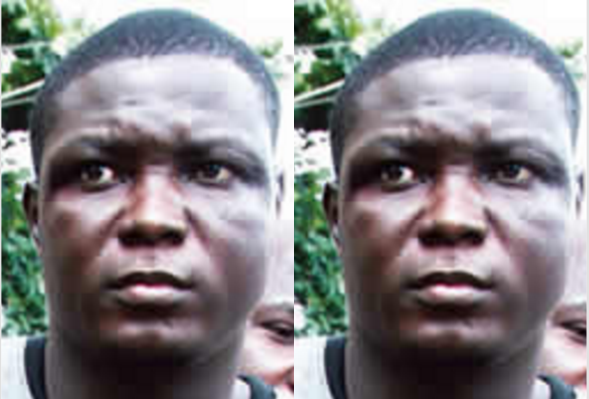 A notorious cultist and ex-convict, Ibrahim Oriyomi Balogun (AKA Small Jpron), whom the police have accused of carrying out multiple murders around Somolu and Bariga areas of Lagos, has been –re-arraigned on charges of murder barely a year after he was arrested, charged to court and released.

Thirty-six-year-old Balogun has been arrested at least three times in the past – in November 2012, August 2016 and March 2017 – on allegations of murder and cult-related activities.

He was arraigned in 2016 for murder, possession of firearms and for belonging to a cult, PUNCH learnt.

Shortly after his arrest in 2016, he surfaced in public again and the police said he escaped custody.

When he was earlier paraded before journalists in 2016, he confessed to being involved in the killing of three persons.

He had said, “I am an Eiye cult leader. I joined the cult in 2009. The reason for my joining was to avenge the death of a close friend, Sunday Folorunsho, aka Small Biscuit.

“It was the Aiye cult members who killed him. So, the Eiye faction approached me and said I should join them. They said they would help me to fish out the people who killed my friend. I have killed three persons, among are Femi Wiper and Lekan Akon.”
When he was paraded before journalists in March 2017, the Commissioner of Police at the time, Fatai Owoseni, said Balogun escaped through the connivance of two police operatives, who were being investigated.

This time, the suspect was arraigned before an Ebute Meta Chief Magistrate’s Court, Lagos for belonging to a secret cult.

He, however, pleaded not guilty to the charge of belonging to an unlawful society.

The Prosecutor, Mr. Chinalu Uwadione, told the court that Balogun belonged to an unlawful society known as “Eiye confraternity.”

The Chief Magistrate, Mrs. Oluyemisi Adelaja, granted the accused a bail of N300,000 with two sureties in like sum.

The case was adjourned till October 16 for further hearing

How I Juggle My Very Many Roles...