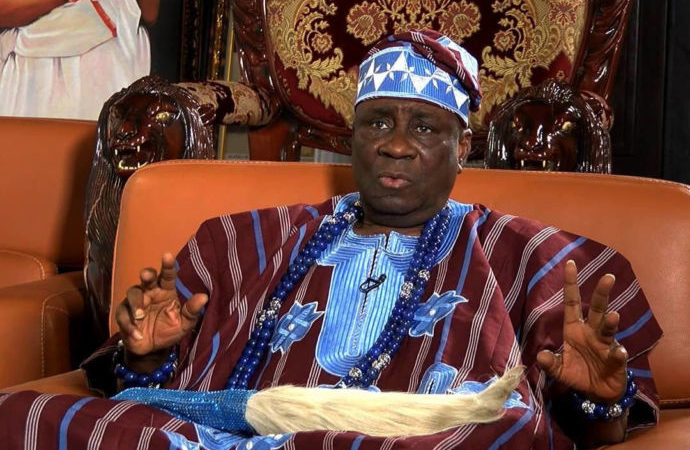 The palace of Rilwan Akiolu, the Oba of Lagos, has been overtaken by suspected hoodlums, with his staff of office seized.

The staff of office is the symbol of authority of the monarch.

TheCable gathered that the hoodlums broke into the palace situated at Lagos Island despite the presence of soldiers.

Ola Adegoke, a resident, said the hoodlum attempted to burn down the palace but the soldiers succeeded in pacifying them.

He said when the situation was getting out of hand, Akiolu was rescued by the soldiers who later allowed the suspects to move into the palace.

Policemen who later arrived at the scene attempted to engage the suspects but the soldiers were said to have sued for calm.

In a video on social media, a young man was seen running around with the monarch’s staff of office as a crowd trailed him.

The soldiers were still stationed at the palace at the time of this report.

READ ALSO: WE APPEAL FOR UNDERSTANDING AND CALM ACROSS THE NATION – PRESIDENCY REACTS TO LEKKI TOLL GATE SHOOTING

Nigerian Ports Authority Headquarters in Lagos has been set on fire