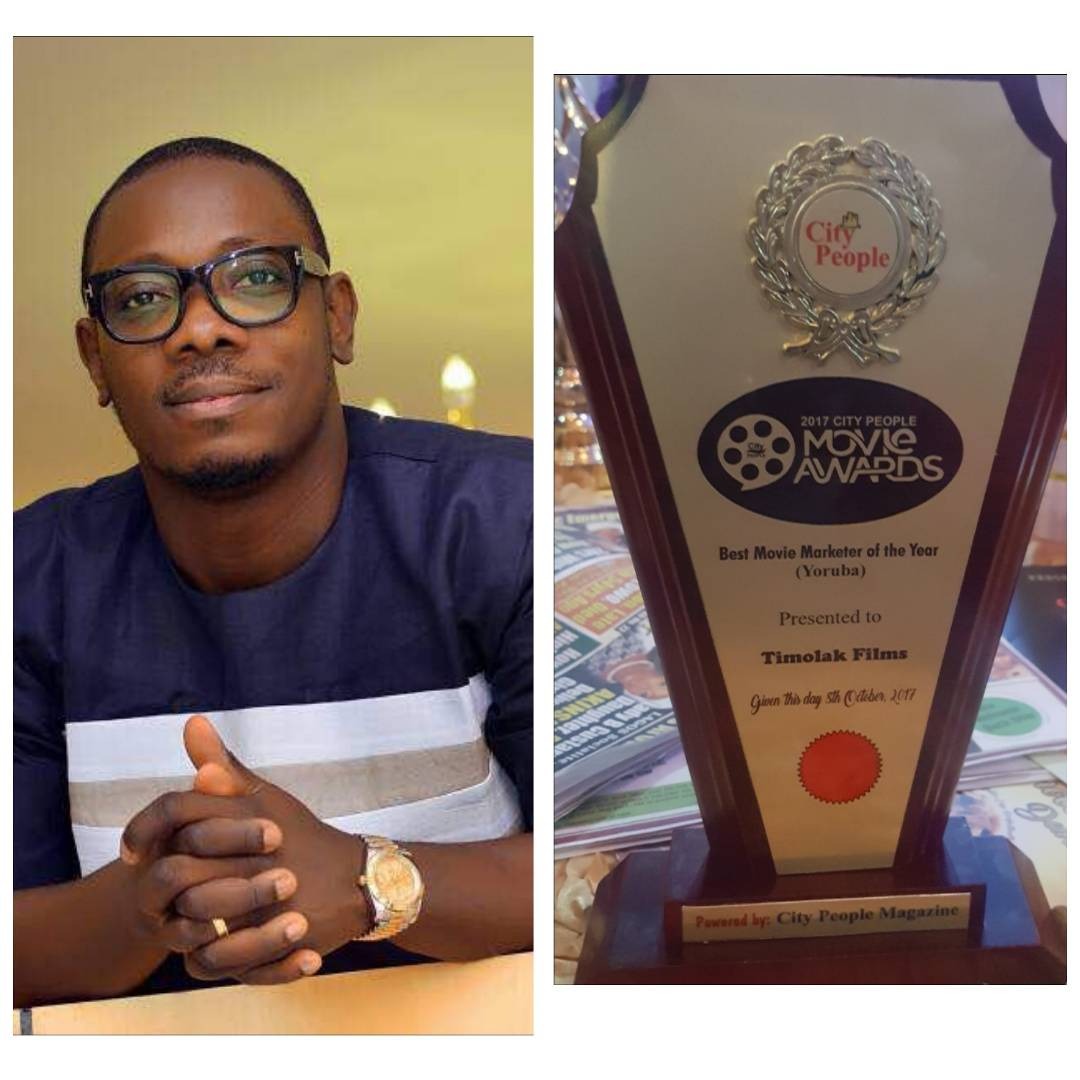 That Tiamiyu Bashiru Adewunmi, the CEO Timolak Films is the hottest marketer rocking Yoruba movie scene is no longer news. This is because the Lagos Island born-business man has been churning out blockbuster flicks since he joined the industry about years ago.

He is considered as one of the influential figures in the Movie Industry. He holds a Bachelor degree in Public Administration from the Lagos State University. The Ambitious young man works doesn’t go unnoticed without high ratings and five star reviews. Little wonder, his effort was recently crowned by City People Magazine when he bagged the best Yoruba movie marketer of the year at the just concluded City People Movie Awards that was held in Lagos, on October 8, 2017.