Top Politicians Are Going Back To The 2015 Scenario 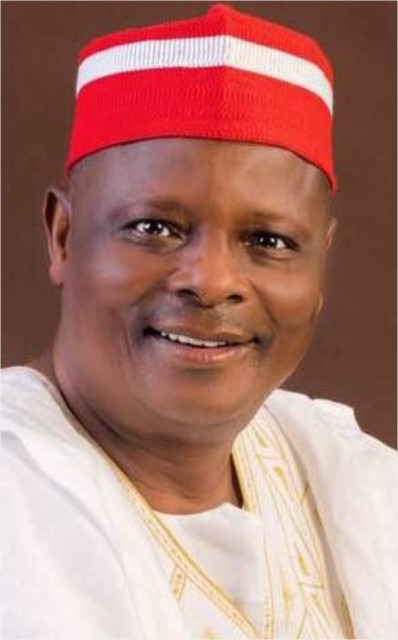 •The Story Of The 3rd Force Movement

Do you believe that the way things are happening right now on the political scene, as we countdown to 2023, is the way things happened in 2015? What is becoming clear is a repeat of history.

As the battle for standard-bearers for the 2023 presidential elections thickens in both major parties, All Progressive Congress (APC) and People’s Democratic Party (PDP), a third force has finally established its feet on a strong structure with high and mighty politicians who were once the pillar of the ruling party and the opposition party.

Two-term Governor, former Defence Minister and senator, Eng, Rabiu Musa Kwankwaso told Nigerians that the drive and necessity for a new platform are a result of the failure of the APC and the PDP to ease the lives of Nigerians. He, however, added that there will be room for assimilation of other party members and aggrieved members of the two major parties who may share common ideals with the third force.

The popular calculation from pundits remains that the third force is created to serve as a fortitude for aspirants and interests who may feel relegated by their current party and want to follow their ambitions through, should their party deny them the opportunity.

According to Kwankwaso, the movement which has the aim of salvaging Nigeria from poverty, insecurity, wasted resources, and untapped potential, amongst others, cuts across all Nigerians irrespective of social, ethnic and religious affiliations, adding that “It is our collective resolve to rescue our nation from this difficult situation.”

Going by history, the events that led to the establishment of the APC in 2014, which was a year before 2015, is repeating itself, a year before the 2023 elections.

The formation of the APC was a result of the failure of the serving government to deliver on their promises and the spate of corruption and high-handedness in the country at the time.

In 2015, the PDP held a 2-day National Convention at Eagles Square, Abuja. Top on the agenda of the convention was the ratification of President Goodluck Jonathan as the party’s candidate in the February 14 presidential election and that of Adamu Mu’azu and Wale Oladipo as the party’s national chairman and national secretary, respectively.

As we await the March 26 convention of the APC, there has been a clear indication that the intention is to field a consensus candidate for the party national chairman, the secretary and ultimately, the Presidential candidate, just like it happened in the PDP camp in 2015.

Jonathan had emerged the party’s sole presidential candidate in November, amid controversy over the withdrawal of his challengers, Jelil Tafawa Balewa, son of Nigeria’s former Prime Minister, and Akasoba Duke-Abiola, widow of the late Moshood Abiola.

When interest groups and individuals who are aspiring for the office of presidency felt side-lined, they formed the New PDP, about this time, the CPC and the AC are already holding meetings and discussing the possibility of a coalition. By the time the arrangement was sealed, the new PDP who lost out at the PDP primaries didn’t waste any time. They moved with their teeming supporters to join the coalition which was the All Progressives Congress.

The APC became a fortress for all aggrieved, marginalised, or side-lined politicians, the numbers became formidable and it became prominent in all the 36 states including Abuja. They had one mission, which was to kick out the PDP and Goodluck Jonathan.

However, APC is becoming its own nemesis, as the same action that led to the PDP’s downfall in 2015 is about to hit the party with the launching of a third force that has already had many former governors and other former political office holders as members. Other party members from the APC and PDP are already using the third force as a backup plan just in case their party chooses to lord any candidate over them.

While spectators are waiting for the March 26 convention of the APC to know who the party will eventually field for the presidency, others believe that the date will mark the beginning of the end for the APC, whichever way it goes, there will be a mass exodus to Third Force. The PDP are equally facing an almost similar internal crisis and marginalised lots are also at the door to consider the political climate.

It is no doubt that The Third force will metamorphose into a political party and then field a candidate for the presidency. The aggrieved members who decide to stay within the party will serve as spoilers, and 2022 eventually may just be a repeat of history.

Top Politicians Are Going Back To The 2015 Scenario was last modified: March 1st, 2022 by Seun Emmanuel