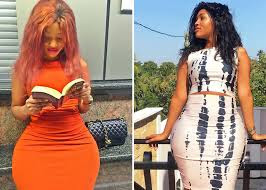 Popular video queen Agnes Gerald, alias Masogange, is dead. According to Roben Simwanza, a lawyer to the deceased, Masogange died on Friday April 20 around 4.00 pm.

He said she was suffering from pneumonia and died while receiving treatment at Mama Ngoma hospital at Mwenge in Kinondoni Municipality, Tanzania.

Earlier this month, she was found guilty of drug use and was ordered to pay a total of $450,000 or serve two years in jail after a magistrate found that she was using the illicit drugs Heroin and Oxazepam.