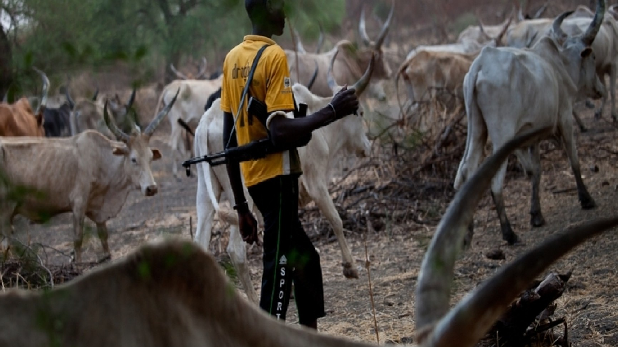 Olona community, Aniocha North Local Government Area, Delta State was thrown into mourning, this week, Wednesday precisely following the killing of one of their sons by suspected herdsmen.

Saturday Vanguard gathered that the victim identified as Mr Sunday Ojei Onwueze, left for his farm that morning and was ambushed by the ravaging herdsmen who mutilated his body with machetes. The 45-year old man was married with four kids, according to a family member, Mr Alex Ngwu.

He lamented that herdsmen had been terrorizing them and called on security agencies to beef up security in the area. Efforts made to reach the police authority in the state proved abortive at press time. However, a senior police officer in the area confirmed the incident.