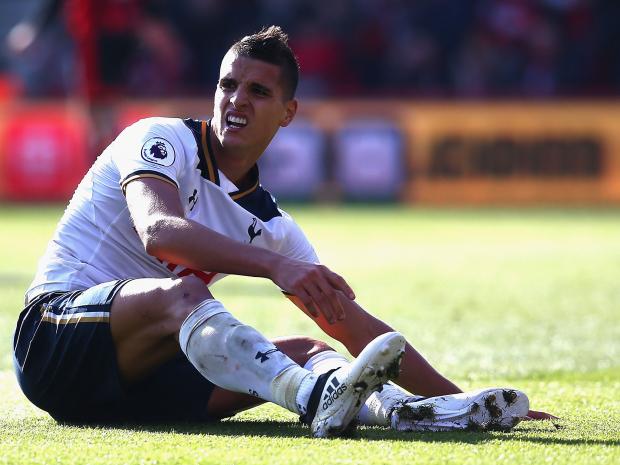 More from Spurs on the injury to  Lamela that will keep the Argentina midfielder out until next season:

“[Erik Lamela] has undergone a comprehensive rehabilitation process following the injury in November.

“The player has achieved a good level of function, however , e has been unable to reach the stage required to make a full return to training.

“Therefore, following ongoing extensive consultation with specialists, surgery has been agreed by all as the best course of action.”

INJURY UPDATE: @ErikLamela is to undergo surgery on his hip on Saturday. This will result in Erik returning to action next season. pic.twitter.com/heu7xk6I2f

In a related development, Tottenham could continue playing at White Hart Lane next season, according to chairman Daniel Levy.

Spurs are having a new stadium built next to their existing home and had been expected to play at Wembley next season while the project is completed.

But Levy is seeking “greater certainty” over the delivery of the stadium in time for the 2018-19 campaign.

Spurs have until Friday to activate an option on Wembley after an application to host 27 games was approved.

Should Tottenham stay at their current ground next season, they would likely play home games at Wembley the following year before moving into the new 61,000-seater stadium in time for the 2019-20 campaign.

Weird: Man rapes physically challenged Facebook lover who turned out to be his niece