TOWARD ACHIEVING A CLEANER LAGOS By Folashade Kadiri 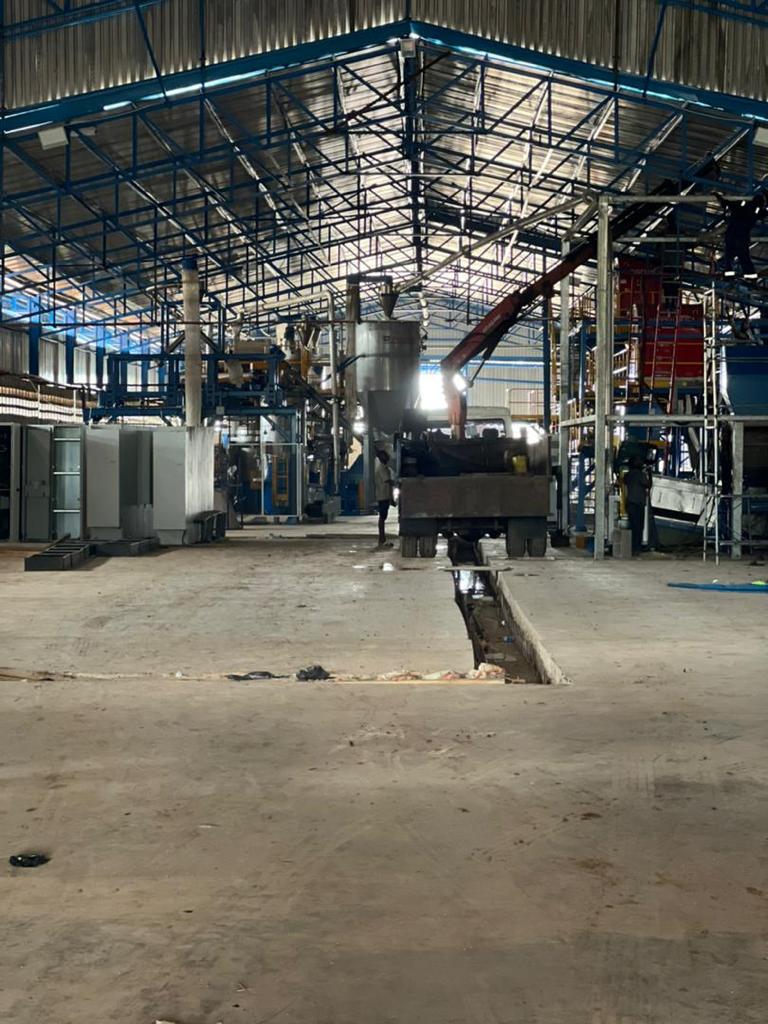 Driving through the city of Lagos, Nigeria’s commercial capital, one cannot help but observe the practical steps taken by the administration of Mr. Babajide Sanwo-Olu to establish environmental sustainability in the state.

Following the blueprint of the T.H.E.M.E.S. Agenda introduced by Mr. Governor as soon as he assumed office in 2019, the state has prioritised cleanliness and environmental sustainability.

Spearheading the government’s quest to establish a cleaner and livable environment for Lagosians, is the Lagos Waste Management Authority (LAWMA).

The Authority since the inception of the present administration has introduced various programmes and initiatives, which have all been instrumental in helping the state achieve its objectives on the environment.

One of the key initiatives embarked upon by LAWMA in tackling the menace of indiscriminate waste dumping and plastic pollution is recycling.

In 2019, the Authority launched the Blue Box programme, which later metamorphosed into the Lagos Recycle Initiative, aimed at encouraging the separation of waste at the point of generation, for recycling purposes.

Massive media advocacy campaigns have been carried out to educate residents on the need to embrace recycling as a way of life. Also in the last one year, recycling companies in the state have grown from three to 100, with over 12,500 jobs created.

On the recent traction gained by recycling in Lagos State, the agency’s Managing Director/Chief Executive Officer, Mr. Ibrahim Odumboni has this to say:

“Since the launch of the recycling initiative by Governor Babajide Sanwo-Olu, we’ve grown from three recycling companies to 100 recycling companies and still counting. We currently have more than 600 aggregators, and over 12,500 jobs created in the sector so far. Therefore, you can see that we have started a movement and a growth. It’s over two years now and the progress that is being made is enormous”.

What LAWMA is doing in the area of recycling deserves the support of all and sundry. Lagos, with a population of over 20 million people, is said to be generating about 13,000 metric tonnes of waste daily, with plastic materials constituting 17% of the waste. Imagine dumping these huge numbers in landfill.

The implication of this is that there might be no landfill to dump on. This is why LAWMA has engaged recycling as a veritable tool to make sure that the above-painted scenario does not happen.

Apart from being handy in tackling environmental challenges in the state, the recycling initiative has been used to create jobs for the unemployed. This has made a massive impact on the lives of many citizens, thus alleviating unemployment challenges, with over 12,500 of such jobs created to date.

On the Authority’s plan to consolidate on the efforts made in the area of recycling, Odumboni revealed that LAWMA had concluded plans to set up 114 recycling collection centers in all the Local Government Areas (LGAs) and Local Council Development Areas (LCDAs) in Lagos before the end of the year.

The LAWMA boss added that a $65 Million bottle-to-bottle recycling facility, built by a private firm, in partnership with the Authority, would soon commence operation, on 16 acres of land located at Lagos Ibadan Expressway.

The Authority, working in consonance with PAKAM Technology, has also introduced the PAKAM App 2.0, an all-inclusive waste management software application that connects residents to recyclers, for the exchange of their recyclable items, in real-time.

The revamped app, unveiled during the recent 3rd-anniversary celebration of the Lagos Recycle Initiative, would go a long way in encouraging households to key into the opportunities presented by the seamless integration of technology, to tackle waste management challenges in the state.

LAWMA, with the support of the government, is relentlessly exploring all avenues to maximise the inherent opportunities in recycling, which has brought about numerous environmental and economic benefits, turning waste to wealth and providing means of livelihood to many who without jobs would have constituted a nuisance in society.

There is no doubt that the recycling initiative in Lagos is a work in progress and will get better with time. The cheering news is that refuse heaps are fast disappearing from the Lagos landscape and all well-meaning residents are applauding this.

While this is not to say that Eldorado is already here, the signs are obviously good and it is just a matter of time before we get there. In order to sustain and surpass the momentum, Lagos residents must come to terms with the significance of an improved environmental habit. When we deliberately choose to act in manners that could endanger the environment, we are the ones that would certainly bear the consequences of such actions.

What is required to maintain a sane and friendly environment is not just about what the government is doing, but also about the people’s attitude. Lagosians need to stop all practices that could put a clog in the wheel of the government’s efforts at waste management. Everyone must be ready to imbibe a positive attitude in the area of waste disposal. Residents are enjoined to call LAWMA toll-free line 07080601020 to report waste management challenges in their areas.

Ours is still work in progress and with the support of all residents and stakeholders in the state, we will achieve the Sanwo-Olu administration’s vision of attaining a Greater Lagos.

All hands need to be on deck to achieve a cleaner, healthier, wealthier and livable Lagos of our dreams. Together, we can achieve this!

PS: The pictures are of the Bottle-to-Bottle facility at Lagos Ibadan Expressway.