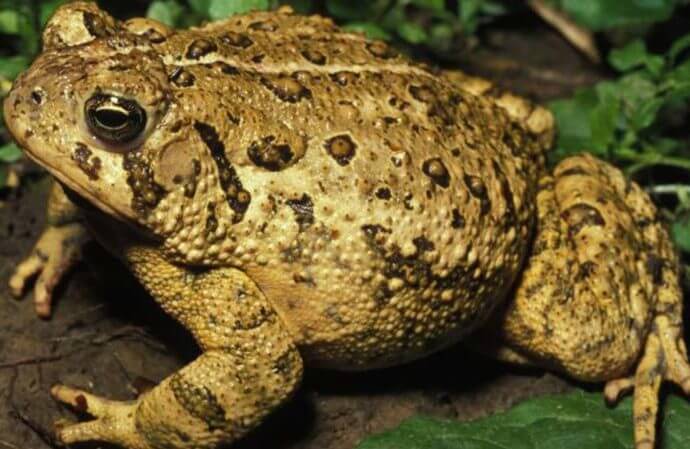 From curing cancer and getting you high, to transforming an amphibian into a handsome prince, the effects of licking or kissing a toad have endured centuries of legendary status.

Scientists have now conducted a comprehensive study on the chemicals produced by toads – and, perhaps unsurprisingly, they’ve found that it might not be in your best interest to lick them.

While the study identified a number of possible areas for new drug discovery, the researchers also highlighted a slew of powerful toxins in their skin that could be harmful or even deadly.

The researchers identified a number of toxins in frog and toad skin, which are thought to protect them from predators. In the genus Atelopus, most of these chemicals are tetrodotoxin – a potent neurotoxin. According to the United States Centers for Disease Control and Prevention (CDC), tetrodotoxin interferes with the signals transmitted between the nerves and muscles, causing the muscles to become paralysed.

As this applies to the respiratory tract as well, being poisoned with this toxin can lead to respiratory arrest and, ultimately, death. And, researchers have also found zetekitoxins in A. zeteki and chiriquitoxins in A. limosus.

Some forms of zetekitoxin are known to be powerful cardiotoxins, having drastic effects on the heart, and scientists have found chiriquitoxins to be a natural analog of tetrodotoxin.

While these toxins could be harnessed for treatments, they can also be deadly.

“Remarkably, toxins from a single frog skin can kill 130-1000 mice,” said Candelario Rodriguez, a researcher at INDICASAT and first author of the review.

The mechanism of action is to reduce cardiac rhythm, making these interesting candidates as therapeutic compounds.

Researchers from the Smithsonian Tropical Research Institute and colleagues at the University of Panama, Panama’s government research centre INDICASAT AIP, Vanderbilt University, and Acharya Nagarjuna University, investigated the chemicals found in members of the Bufonidae family. There are 47 frog and toad species used in traditional medicine, and 15 of these belong to the Bufonidae family.

People have long relied on the secretions of the toads’ skin and parotid glands near their ears, along with their bones and muscle tissue, to create remedies for a wide range of ailments. This includes infections, bites, cancer, heart disorders, haemorrhages, allergies, inflammation, pain and even AIDS.

But many species, like Panama’s golden frog (Atelopus zeteki), are now endangered, spurring concern that they may die out before scientists determine if they really do have such powers.