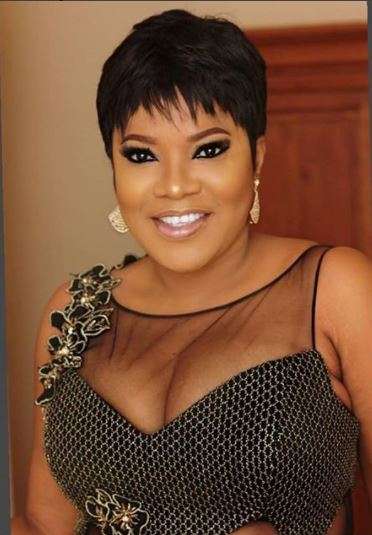 Her boyfriend, who is a lawyer according to her PR team, popped the question in front of family and friends, and she accepted to try marriage again.

The actress and film producer was formerly married to Nollywood actor and director, Adeniyi Johnson, who is also set to tie the proverbial knot, three years after their marriage ended.

Toyin moved on with film producer, turned career criminal, Seun Egbegbe, in an equally highly publicized relationship that ended in a disastrous separation.

We wish her all the best with her new found love

See the video of her engagement  announcement below:

Toyin Abraham Set To Get Married Again! was last modified: May 18th, 2018 by Igbokwe John