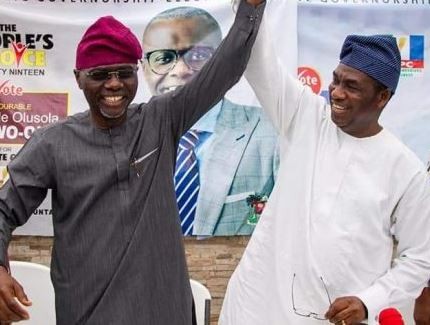 The Lagos State Election Petitions Tribunal on Monday, September 23, 2019 uphold Babajide Sanwo-Olu as the governor of Lagos State as it dismissed the petition filed by the Labour Party and its governorship candidate, Ifagbemi Awamaridi.

The petitioners had alleged that Sanwo-Olu had a criminal record in the US,  adding that Sanwo-Olu had records of unsound mind and a record of rehabilitation with the Gbagada General Hospital, Lagos State, and as such should not be sworn in as governor.

Dismissing their petition on Monday, the tribunal, which described the petition as a futile and wasteful exercise, noted that the petitioners could not prove their allegation of mental incompetence against Sanwo-Olu before the tribunal.

The three-man panel, led by Justice T. T. Asua, held that the petitioners also failed to prove their allegations of election malpractice against Sanwo-Olu and his party, the All Progressives Congress

Police arrest 2 over alleged possession of human skull in Osun