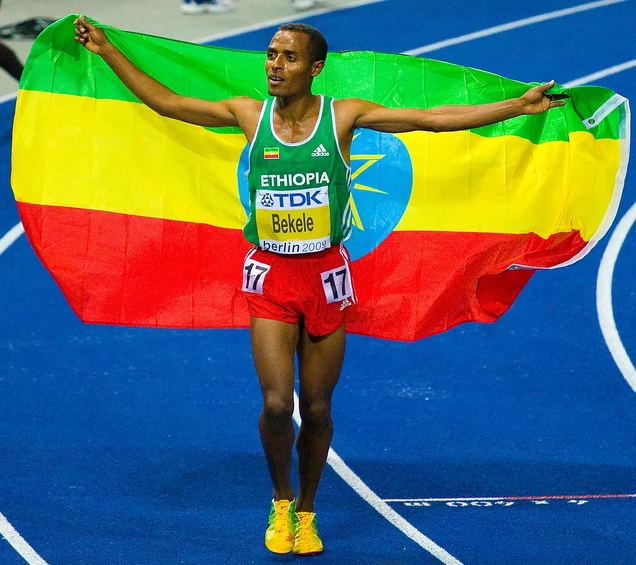 Triple Olympic track champion Kenenisa Bekele is somewhat surprised that his sepia-tinged 5,000 and 10,000-metres world records are still standing but, at 34, he still feels he can complete a remarkable hat-trick by claiming the marathon mark.
Ethiopian Bekele, widely regarded as the greatest distance runner of all time, set 5,000m and 10,000m world records in 2004, improving the longer distance a year later, and nobody has got remotely close to either since.
After finding his feet in the marathon, he posted the second-fastest time ever – two hours, three minutes and three seconds – when winning Berlin last September, six seconds outside Dennis Kimetto’s world record of 2:02:57, set on the same course in 2014.
On Sunday, finally running free of the succession of back, hip and calf injuries that have dogged the last five years of his career, he hopes to be able go one better by winning the London Marathon and eclipsing Kimetto’s world record.
“Times are very important,” Bekele told reporters in London on Thursday.
“On the track I don’t see anyone out there looking like they can reach my marks at the moment.
In the marathon, running 2.10 and winning would not give you full happiness. Winning in 2:04 would be a different feeling.
“But it’s really challenging. It’s almost 10,000 metres pace so it’s difficult. I had to learn how to run differently from the track, a different foot strike.
Every race, every course is different and I’m learning with everyone.”
Fellow Ethiopian Haile Gebrselassie previously held the world records for 5,000m, 10,000m and marathon but nobody has held all three at the same time.
Bekele was third in London last year and said he really enjoyed and learned from the experience.
“The crowd here are different from any other race,” he said. “People like the sport here. It’s very special.”
Last year’s winner, Olympic champion Eliud Kipchoge of Kenya, will not be defending his title as he concentrates on trying to dip under two hours as part of Nike’s “Breaking2” project.
Bekele’s strongest challenge could instead come from Eritrean Ghirmay Ghebreslassie, who was crowned marathon world champion at 19 two years ago.