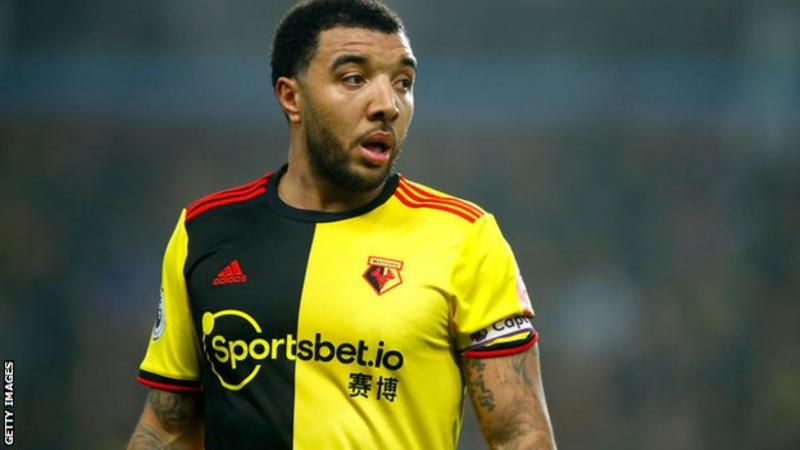 Watford captain Troy Deeney says he will not return to training because he fears for his family’s health amid the coronavirus pandemic.

Deeney does not want to put his baby, who has had breathing difficulties, “in more danger” and has raised concerns over the increased risk to black, Asian and minority ethnic (BAME) players.

Watford were not due to train on Tuesday and it is understood the club do not have a problem with Deeney’s stance.

He was speaking before it was revealed one player and two staff at the club had tested positive for coronavirus.

In an interview with the Times at the weekend, manager Nigel Pearson expressed his own concerns about the situation and said he would not insist on players reporting for training.

Speaking to Eddie Hearn and Tony Bellew on Talk the Talk YouTube show, Deeney added: “It only takes one person to get infected within the group and I don’t want to be bringing that home.

“My son is only five months old, he had breathing difficulties, so I don’t want to come home to put him in more danger.”

Troy Deeney Refuses To Return To Training Over COVID-19 Scare was last modified: May 20th, 2020 by Damilare Salami