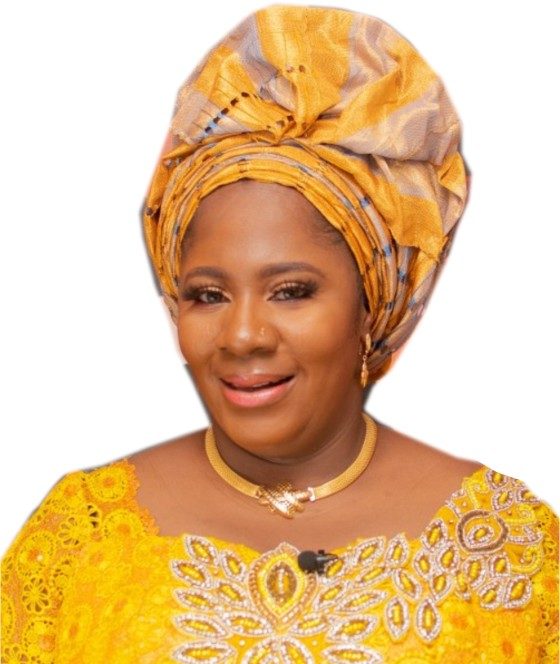 After spending 11 years with her former partner, APREEL Ventures, to present Gbajumo Osere, with no fight, no misunderstanding or rancour, popular T.V Star, Doyin Kukoyi debuts with her own Talk Show, called Eto Adedoyin, named after her.

Last week, this beautiful & stylish lady spoke to City People Magazine Publisher, SEYE KEHINDE about her new TalkShow. Below is the story.

Over the last one year, Doyin Kukoyi has been very busy, recording episodes of her forthcoming Talkshow to be called Eto Adedoyin. With her full compliments of professionals, she has been putting together all she needs to do for the take off of her show. She is also planning a mother of all launches, as she will be holding a formal launch of the programme to give a select few an idea of what to expect.

Last week, City People asked her to reveal a lot more about the project. “Truly, for about 6 months now, I have been planning my own Talkshow along with my crew, called Eto Adedoyin” she revealed. “To the glory of God, we are done with recording, we are done with Editing and we are coming out BIG in a couple of weeks”.

What is the focus of the programme?

“It’s basically going to be an Entertainment programme, its a Talkshow, where we intend to impact life, where we intend to inspire the younger generation, and where we just want to have fun. A lot is happening in our country right now, a lot of people are depressed, a lot of people are angry, a lot of people want to give up, but we want to provide an avenue and a platform where they can hear other people’s stories and see that if I push a little further I can actually make it, I can actually be successful. And things can actually work the way I want it. They feel better and they can achieve what they want to achieve”.

How different will this be from her previous programme which was basically entertainment? Or are they similar? “No it’s basically different. This time around we are talking to the larger generation, a larger people who are not necessarily celebrities, but people that are impacting lives in our society. There are a whole lot of unsung heroes out there. There are a whole lot of people that are doing good and people need to hear about them, that people need to know, that are there to inspire and impact lives. These are the set of people we are talking to right now. Once in a while, we would also have celebrities that will come in and share their experiences, the journey so far. We are concentrating on the youths, on people that the youth can actively emulate and learn from”.

How did her former partners, Apreel Ventures take your decision to float her own Talkshow? “Oh, no problem. The April Ventures is owned by Mrs. Ariyike Oladipo. She is an amazing person, a wonderful person. She is someone who wants the progress of others. I have been with Apreel Ventures for 11 years. And I just thought it was about time, I started my own stuff. I spoke with her and she gave her blessing. We are good. Apreel Ventures is a family for me. We are there for each other. When I need help from them I know I only need to knock and they will be there, it is the same thing with me. I will always be there for them. We are good. There is no rift. There is no problem. There is no fight. There are no hassles. We are fine.”

Looking back at all she has been able to do over the years, how does it make her feel?

“All I have to say is just to Thank God. He has kept me. The learning processes for me has been amazing. 11 years till now, I am a better person. People should just expect greater things from Doyin Kukoyi.”

Is it deliberate that she has stopped acting?

“No. It’s not deliberate. I would always have time for acting. It’s my love. It’s my choice. It’s what I have always wanted to do. It’s what I am born to do. It’s just that right now, I am a little bit picky and choosy about the movies I want to feature in. People that know my worth, people who usually decide to cast Doyin for this role, get in touch with me and we talk. I am very, very much into acting. You are going to see a lot of movies that I have participated in coming out soon.”