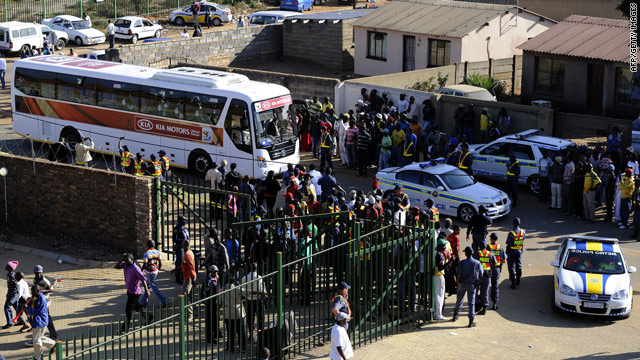 Two people have been killed and several injured in a stampede at South Africa’s FNB Stadium during a soccer match between Soweto rivals Kaizer Chiefs and Orlando Pirates, state broadcaster SABC said on Saturday.

The SABC, citing stadium officials, said the stampede was at one of the gates of the stadium that hosted the 2010 World Cup final.

Live television coverage of the match showed no obvious disturbance and police and emergency services officials could not immediately confirm the report.

SEE ALSO: “I THINK WE HAVE A CHANCE” – MOURINHO KEEN ON SIGNING MATIC

Two Die In South Africa As Football Match Results In A Stampede was last modified: July 31st, 2017 by Damilare Salami